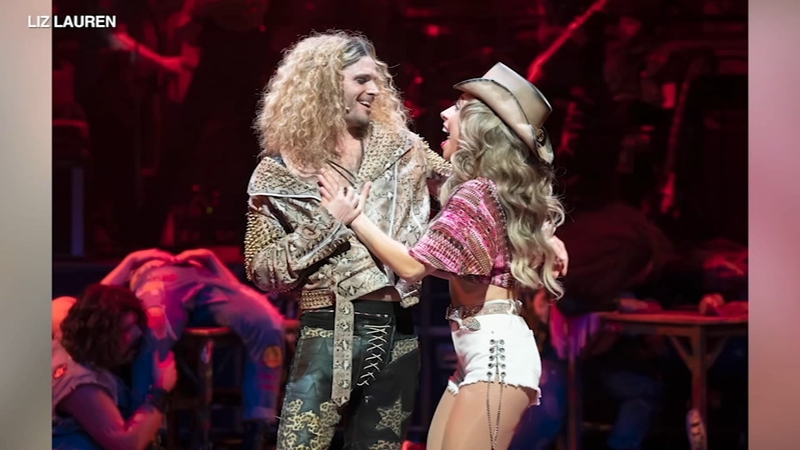 'Rock of Ages' gets rave reviews at Aurora's Paramount Theatre

CHICAGO (WLS) -- "Rock Of Ages" is bringing down the house with standing ovations at the Paramount Theatre in Aurora.

Chicago-area native Josh Scholl is a showstopper! He knows how to rock out, but not quite like Stacee Jaxx!

"Oh my God, it's been incredible, everybody at the Paramount has been unbelievable," Scholl said. "We have an insane level of talent with the cast, with the band, the designers, everything has been over the top, as it should be in this show."

Scholl does his take on the bad boy role Tom Cruise played in the movie version.

"Stacee is kind of a lampoon version of the Rock Star of the 80's that we've all come to know and love," Scholl said.

"It just gave me the confidence that I could do this professionally, on a different level, after the show I was out there recording with several people," he said. "My single, 'City Lights,' just walking around at Walmart and Jewel and hearing myself on the radio, that was pretty insane."

Both his parents, teachers who live in McHenry County, have always supported their son's dreams.

"My parents came to the show and my mom was like, you know, Josh, we really loved it," Scholl said. "But, you know you're kind of still a jerk and you're not a very nice person, sorry mom, not everybody can be nice in the end! I grew up, and was always playing kid parts, innocent parts, so it's kind of nice to play the villain occasionally."