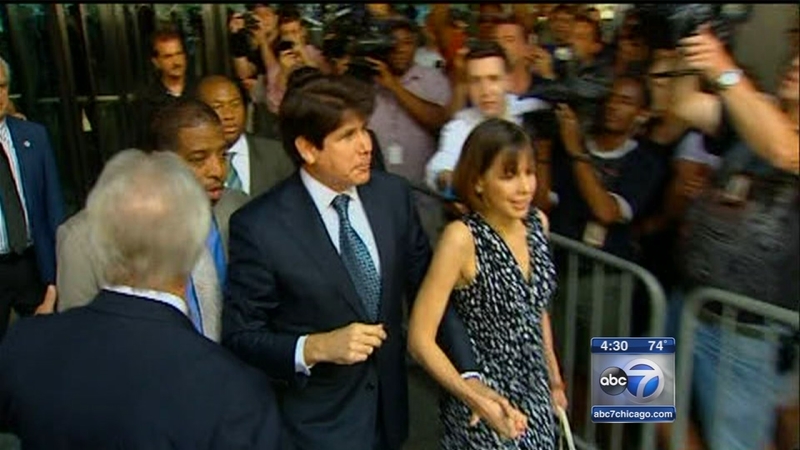 Former Illinois Governor Rod Blagojevich will not get a hearing of his appeal by the full 7th Circuit Appellate Court.

He hoped the full appeals court might overturn more of his 18 convictions in addition to the five counts a three-judge panel tossed out in July.

Blagojevich's defense attorney is hoping the U.S. Supreme Court might agree to a view 7th Circuit judges did not agree with - that Blagojevich was not engaged in corruption, but rather legal, run-of-the-mill politicking.

"Obviously it's a disappointment. We hoped the full court would take a look at it. They're not going to," said Leonard Goodman, Blagojevich's attorney.

"While I am disappointed that the petition for rehearing was denied, I am thankful that the decision came quickly because the waiting is awful. What's clear is that in order for us to see justice, the appeal needs to be taken out of Illinois and be in the hands of the U.S. Supreme Court where we can find fairness and impartial justices."

Blagojevich's attorney agrees, saying the next step is to appeal to the U.S. Supreme Court, even though appealing to the nation's highest court is a last and seemingly slim hope for a legal victory.

"The odds are not great. I don't know how many petitions they get, but you have to have hope. We feel this issue is so important for any politician," Goodman said.

Blagojevich is serving a 14-year prison sentence for corruption, including his attempt to sell an appointment to President Barack Obama's old U.S. Senate seat.

After a three-judge panel tossed out five of his 18 convictions in July, Blagojevich had hoped the full court might overturn even more.

The panel also ordered that Blagojevich be resentenced, but his attorney plans to wait to see what the Supreme Court will do.

"There's nothing inconsistent about appealing to SCOTUS while battling it out on the sentencing. But certainly that's going to be the focus of their efforts, trying to get as low a sentence as possible," said Gil Soffer, ABC7 legal analyst.

There's no guarantee the Supreme Court would even agree to hear Blagojevich's appeal, and it could take up to a year to find out. It accepts only around 80 cases a year out of more than 10,000 requests to take up a case.