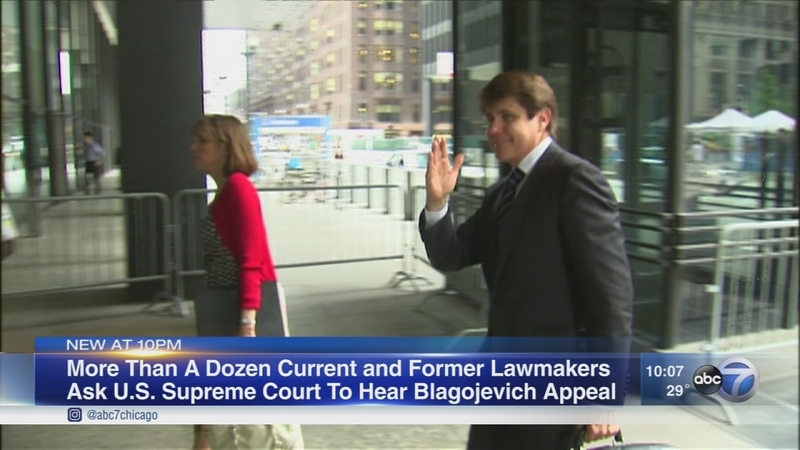 The lawmakers submitted an amici curiae brief to the court Tuesday.

The ex-governor has long said he engaged in good old fashioned political horsetrading, not criminal conduct, and the politicians who signed onto the brief seem to agree with him that the U.S. Supreme Court needs to clarify the difference.

In the filing, the political figures "take no position on Mr. Blagojevich's innocence or guilt on any of the counts of conviction," but seem to agree with his argument that there's disagreement in the lower courts over what constitutes illegal fundraising.

"So long as the law is vague, and so long as there's a split of opinion about what exactly it takes for there to be criminal action, a bribe, politicians of all kinds in all places will have criminal exposure," said ABC 7 Political Analyst Gil soffer.

Blagojevich, who will turn 61 Sunday, filed his second appeal to the Supreme Court in November. He is currently in his fifth year of a 14-year sentence.

The current and former lawmakers who signed the amici curiae brief are: