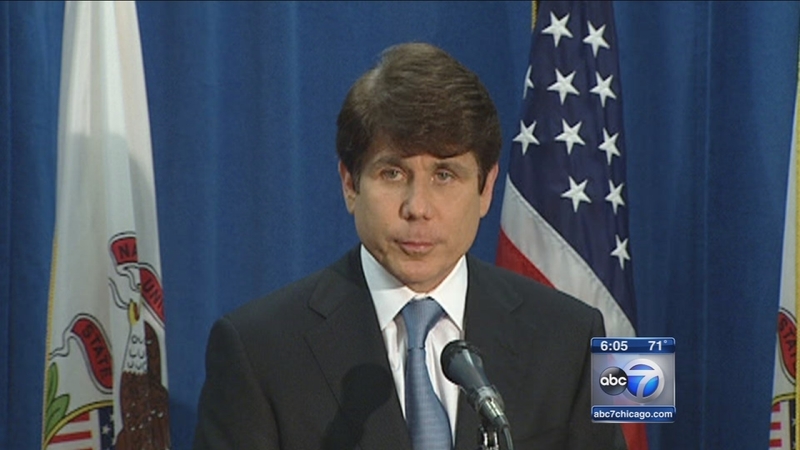 CHICAGO (WLS) -- From the federal appeals court in Chicago, the ABC7 I-Team reports that former Illinois Governor Rod Blagojevich is maneuvering to have his corruption conviction thrown out. Blagojevich is in his second year of a 14-year prison sentence.

Will the 7th Circuit Court of Appeals in Chicago spare Rod Blagojevich by overturning some or all of his landmark corruption conviction? That question has been open since last December when the ex-governor's lawyers argued his appeal.

There's still no decision, but on Wednesday night appellate judges have received a new argument from Blagojevich's legal team that they claim supports the position that he never crossed the line from political deal-making to criminal corruption.

"I didn't break any laws. I didn't do anything wrong," said Blagojevich.

Rod Blagojevich and his legal team have always said that his conduct while governor was legal political horse-trading, and not criminal conduct.

But as Blagojevich, 57, remains locked up here at a federal penitentiary in Colorado-looking at another 12 years- his hope for early release rides on a decision that will come from this courtroom.

While the ex-governor's appeal has been on file for a year and oral arguments were before Christmas, on Wednesday Blagojevich's attorneys took advantage of that unusual time warp by adding to his appeal.

In this paperwork, defense lawyer Leonard Goodman cites a U.S. Supreme Court decision in April, a case called McCutcheon v. the Federal Election Commission, that determined soliciting campaign funds is corrupt only when a politician promised official action in return, and that is something they claim Blagojevich didn't do. They say he never executed a quid pro quo.

Lawyers for the fallen governor say that the Supreme Court's McCutcheon decision is ammo for Blagojevich's position that the government must prove an explicit promise, and that no such promise existed in his case.

The U.S. Attorney in Chicago is not offering public comment on this Wednesday night, other than to say that it has not yet been determined whether they will file a response to Blagojevich's latest argument.