Rod Blagojevich a no-show for hearing on disbarment 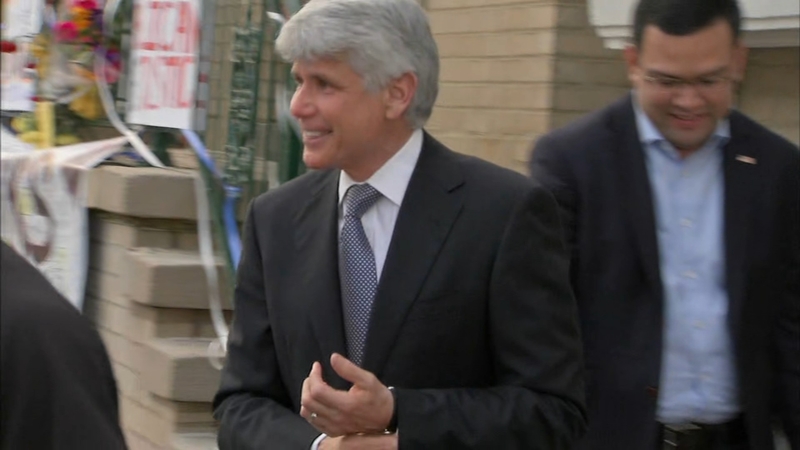 CHICAGO (WLS) -- One week after Rod Blagojevich won his fight for freedom, he was a no-show in the battle over the future of his law license. His attorney continued to argue the convicted former governor has done nothing wrong.

Rod Blagojevich welcomed the spotlight in the days after his prison sentence was commuted by President Trump. But he turned down the opportunity to appear before the Illinois Attorney Registration and Disciplinary Commission today where a panel was hearing arguments over whether Blagojevich should be disbarred. His license has been suspended since 2011.

"He is not prepared to lose his law license, but he just did not care to contest this proceeding today," said Sheldon Sorosky, Blagojevich's attorney.

One legal expert said the outlook is not good for Blagojevich.

"First of all, he didn't contest so that's very nearly an automatic disbarment right there. But based on the evidence which is he's convicted involving multiple felonies involving honesty and dishonesty the odds of him not getting disbarred are vanishingly small," said Gil Soffer, ABC7 legal analyst.

The ARDC lawyer asked the panel to recommend that Blagojevich be disbarred, sending a message that his conduct was not okay. The final decision will be up to the Illinois Supreme Court. No timetable has been set for a decision.