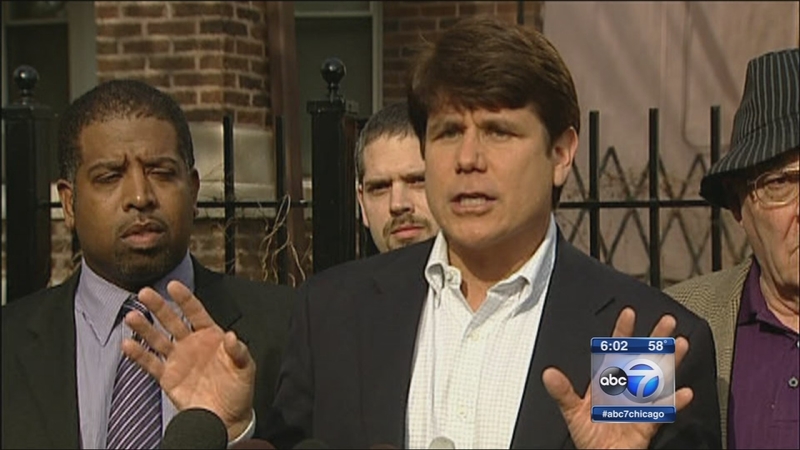 The ex-governor's Supreme Court brief is 83-pages long, but it boils down to Blagojevich's last stand. If he doesn't convince the high court to take his case and then if the court doesn't overturn his conviction and 14-year sentence, he is out of luck.

Blagojevich went down on 18 corruption counts that include trying to sell or trade the Senate seat that became vacant when Barack Obama was elected president. He is serving his sentence at a federal prison in Colorado.

Last July, the 7th Circuit Court of Appeals in Chicago struck five of Blagojevich's convictions, and the focus was this question: when does an official cross the line from politics to illegal political deals?

In this appeal filing with the U.S. Supreme Court late Tuesday, the disgraced governor's attorneys hope the justices will take on the question of whether Blagojevich was merely playing old fashioned-but legal-business as usual politicking.

The filing claims:
- There was campaign contribution ambiguity-and unclear evidence
- That Blagojevich didn't rob anyone
- No one's ever been convicted of a political favor
- And they say the jury wasn't properly instructed

If the high court declines, the ex-governor's lawyer Leonard Goodman has said that every public official who has to raise campaign funds will be at the mercy of a politically motivated federal prosecutor.

Blagojevich claims he was barred from testifying about his good faith belief that he had properly performed his duties and followed the law as he understood it.

If the court takes his case, Blagojevich's lawyers plan to argue that they were prevented from presenting that good faith defense to the jury.