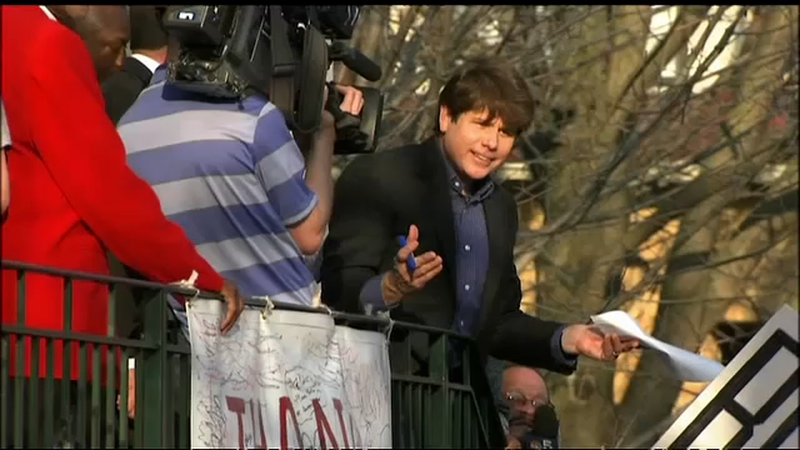 "I feel very badly. I think he was very harshly sentenced but we're looking at it very strongly," Trump said. "I floated it and wanted to see where the Democrats stood, where the Republicans stood, people feel very strongly about Rod Blagojevich."

Durbin's office confirmed Trump called Durbin Friday and they talked about Blagojevich. In a statement, a spokesperson for the senator said, "Sen. Durbin did not take a position on whether or not former Governor Blagojevich's sentence should be commuted."

But like the president, Durbin was outspoken this week about Blagojevich's 14-year prison sentence.

"I think the 14 year sentence was excessive and harsh. I've said that publicly for a long time. I've compared it against sentences of other crimes. It just doesn't match up," Durbin said Monday.

"The fact that there has been no remorse, no apology on behalf of Blagojevich and what engaged in was really pervasive, extensive and the damage it's done to our government in our state is something that the White House needed to be made aware," LaHood said.