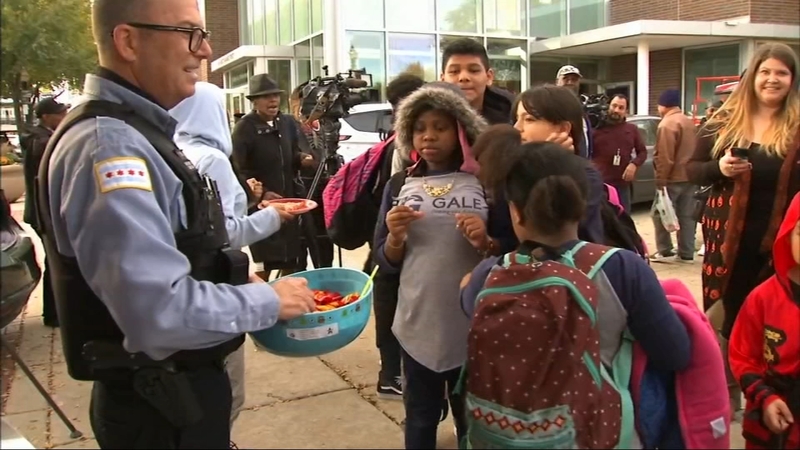 CHICAGO (WLS) -- Families in Chicago's Rogers Park neighborhood tried to make the most of Halloween this year, even though a killer is still on the loose.

Chicago police are still looking for the man who randomly shot and killed two people in a 36-hour period several weeks ago.

"I am not necessarily worried. We are pretty happy and we feel safe," said Rachel Serb, parent.

Those with safety concerns took part in "trunk or treat" at Willye White Park as an alternative for going door to door.

"What if I'm walking down the street with my babies and he just come and just boom?" wondered Paris Suggs, parents.

"Something like this makes me feel a little bit safer. They did this last year but this year it feels extra important to do it," said Kimberly Jackson, Rogers Park resident.

"There is understandable concern and we just want to let the people know that shouldn't hide behind pulled drapes and locked doors. They should come out and enjoy this beautiful Halloween day," Moore said.

"We might just have a little Halloween party with the kids and call it a day," said Jamie Martin, a Rogers Park mother.

"I think we will be a little more vigilant," said Emily Price, a Rogers Park mom who said she still planned to take her kids trick-or-treating.

Some Rogers Park parents are reconsidering their Halloween plans as police continue to search for the man who shot and killed two people several weeks ago.

Since the shooting deaths, police have stepped up patrols. Officers will be on high alert Wednesday night.

The Henderson family said despite their concerns, they still want their kids to have fun - no matter what or who may be out there.
"You know, you just try to be safe as much as possible. You can't live in fear. You have to keep on going," Aceves said.