Man charged with DUI in Rolling Meadows crash that killed 4, including 6-year-old boy 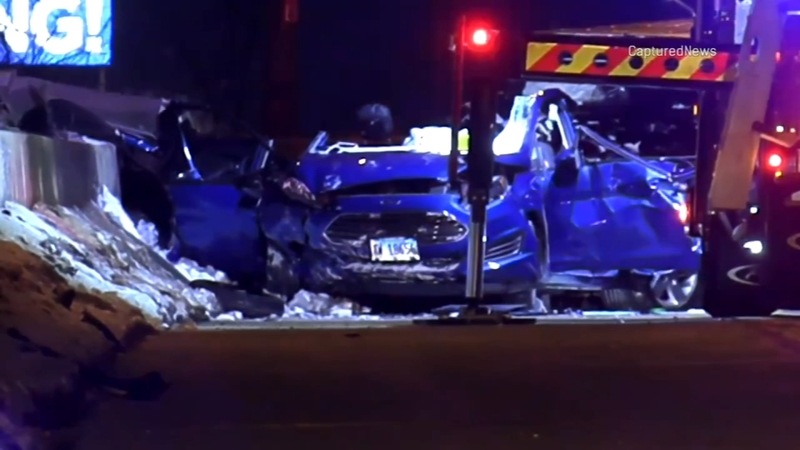 Man charged with DUI in Rolling Meadows crash that killed 4

ROLLING MEADOWS, Ill. (WLS) -- A man has been charged with DUI after a fatal crash on Illinois Route 53 in Rolling Meadows on Saturday, Illinois State Police said.

Police said a blue Ford Fiesta pulled over on the side of Route 53 near Kirchoff Road just before midnight Saturday. Moments later, a 2018 Jeep Wrangler smashed into the back of the car.

The impact of the crash sent both vehicles across all three lanes of traffic before coming to a stop on the left shoulder, state police said.

The driver of the Fiesta and her three passengers were pronounced dead at the scene, according to ISP.

The victims were identified as 45-year old Stacy Harris, 17-year-old Jeremy Johnson, both of Schaumburg, and 47-year-old Herlanda Harris, of Chicago, according to the Cook County Medical Examiner's Office.