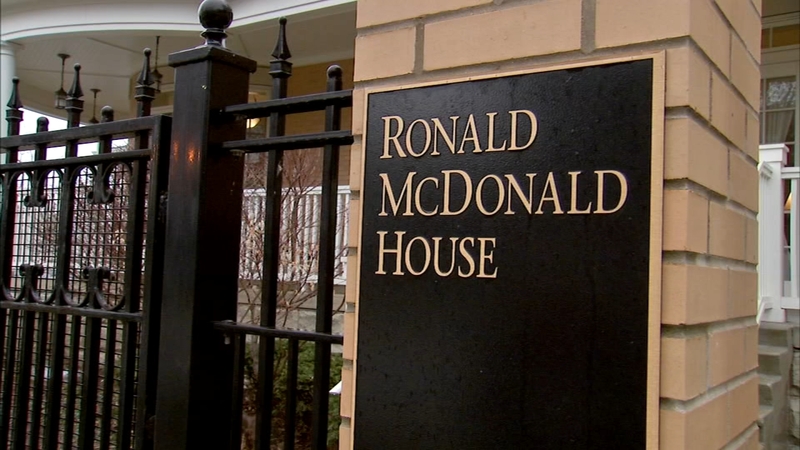 CHICAGO (WLS) -- The Ronald McDonald House on Chicago's South Side, reopened eight months after the facility was hit by last winter's "polar vortex."

A pipe burst in February, causing significant flooding and damage to guest rooms and living spaces. The flooding forced the closure of the Hyde Park facility, located near the UChicago Medicine Comer Children's hospital at 5444 S. Drexel Ave.

"With the bursting of a pipe on the third floor it was pretty disastrous," said Holly Buckendahl, the CEO at Ronald McDonald House Charities of Chicagoland and Northwest Indiana.

Seven families, who were staying there as their children underwent medical treatment, were relocated to a nearby hotel.

Kayla Yabanez and her daughter, Theresa, were at the facility on that night the pipe burst as extreme temperature hit the Chicago area, bringing subzero wind chills.

"We were staying here during her 436 day hospitalization," Ybane said. "It was crazy to see how much water could pour through the entire house."

Over the past eight months, the community rallied together, determined to help the charity rebuild the facility.

"Between in-kind donations, volunteer time and gifts well over half a million dollars raised," Buckendahl said.

All of that lead to Tuesday's grand re-opening celebration.

"It's so nice to come here be a part of helping people in some of the worst times, we have a million stories here," said Ronald McDonald Program Director Mardelle Gundlach.

"Until you go through it as a parent, you don't realize how much you really do need help," Ybane said. "There are no words to describe how much they did for us during this difficult time of our life"

Before welcoming the first families back to the Ronald McDonald House, they receive a special congratulations from Chicago's First Lady, Amy Eshelman.

"On behalf of Mayor Lightfoot, I would like to present Holly with this resolution," Eshelman said. "This house has been doing this for 30 years, supporting 24,000 families."

During the eight months of construction, the Ronald McDonald house never turned away families. The facility worked with nearby hotels and other homes to house families who needed to stay close to the hospital.