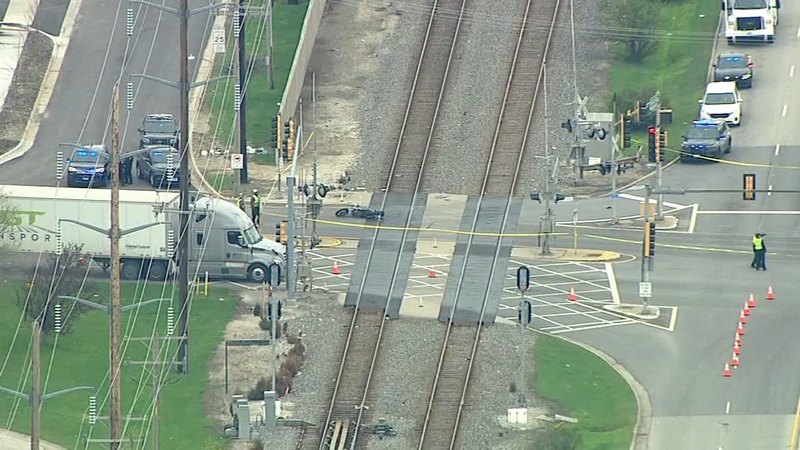 ROSEMONT, Ill. (WLS) -- A motorcyclist was killed in a crash involving a dump truck near Allstate Arena Monday afternoon.

Rosemont police said a dump truck and motorcycle collided in the intersection of Touhy and Mannheim Road.

Police said the motorcycle driver, a man in his 30s, was transported to Lutheran General Hospital in Park Ridge, where he died. His name has not yet been released.