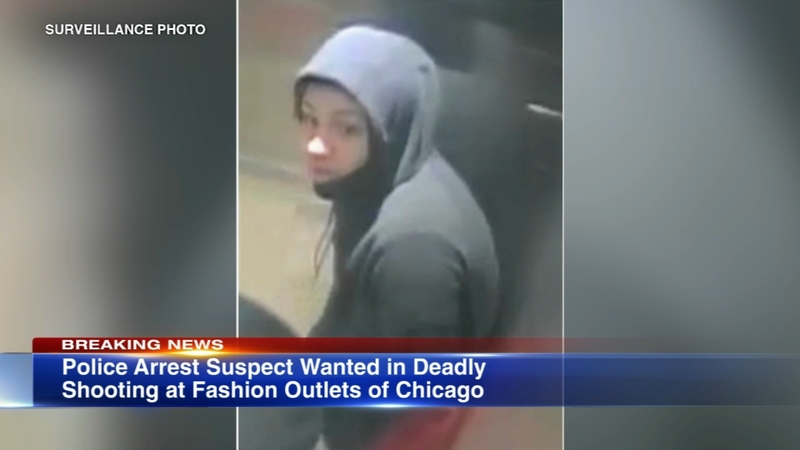 ROSEMONT, Ill. (WLS) -- Rosemont police said the alleged gunman in Friday's deadly shooting at the Fashion Outlets of Chicago has been taken into custody.

He was taken into custody without incident, police said. Charges are pending.

Rosemont police have identified the gunman in Friday's deadly shooting at the Fashion Outlets of Chicago.

"He was with someone else. They were walking around, I guess shopping, and these people, whoever they were, I don't know because I don't recognize them as being a friend or anything, they were following them" she said. "They were leaving, and they confronted him and asked about a gang affiliation. He wasn't in a gang."
A 15-year-old girl, discovered inside a bathroom near the food court, was also shot in the wrist, police said. Her condition has since stabilized. Police said she was an innocent bystander who was not involved in the conflict between Matias and Valdes.

RELATED: Oak Brook mall shooting: 2 Chicago men charged in Oakbrook Center shooting
Rosemont police said the shooter got away in a maroon 2008 Hyundai with others inside.

The sound of gunfire sent hundreds of shoppers scrambling for cover until police escorted patrons and employees store by store.
Investigators maintain the shooting was an isolated incident sparked by a fight between the alleged gunman and Valdes.