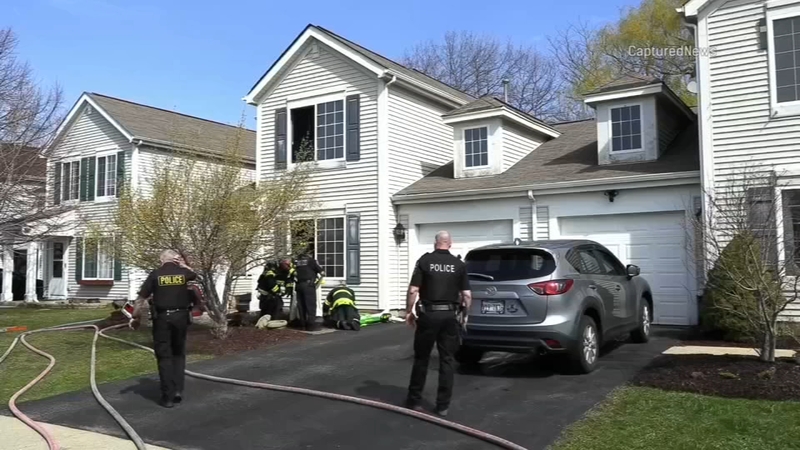 ROUND LAKE, Ill. (WLS) -- A woman killed in a north suburban residential fire has been identified, the Lake County Coroner's Office said.

The woman, 38-year-old Nicole Goulding, and a dog died after a Saturday morning fire at a Round Lake two-story duplex residence. Goulding's death is consistent with smoke inhalation, preliminary autopsy results indicated. Toxicology and carbon monoxide tests are pending.

Greater Round Lake Fire Protection District and the Round Lake Police Department responded to the 100 block of West Providence Lane in Round Lake for a report of a structure fire at 9:48 a.m. Saturday, Deputy Chief Joe Kruege said. A neighbor saw dark-colored smoke coming from the roof.

Crews entered the structure, a two-story duplex residence, and found Goulding on the second floor. She was transported to Advocate Condell Medical Center, where she later died, Kruege said. Two dogs were rescued from the residence and one survived.

The fire appeared to originate on the first floor in the kitchen area, Kruege said. The cause of the fire remains under investigation by the Greater Round Lake Fire Protection District and the Office of the Illinois State Fire Marshal.