Woman's nose ran constantly for 2 years, turned out to be brain fluid leak 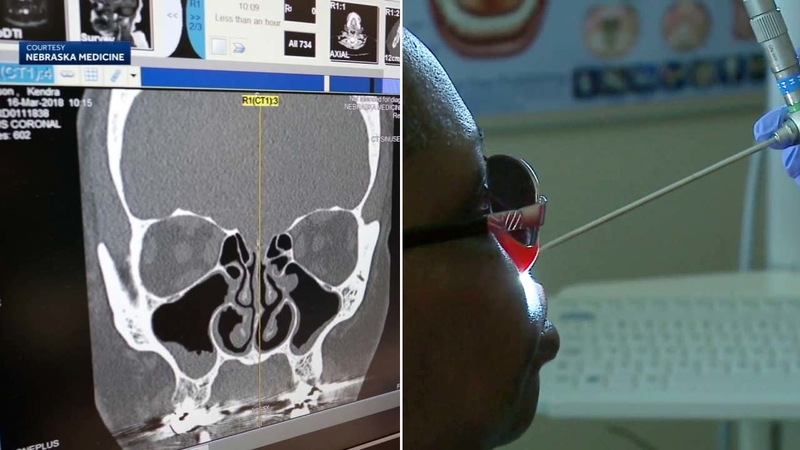 Woman's runny nose turned out to be brain fluid leak

NEBRASKA -- A woman in Nebraska had what appeared to be a runny nose for two years, but the condition turned out to be much more serious.

Kendra Jackson headed to her checkup appointment at Nebraska Medicine. She said the team at the center changed her life.

"Everywhere I went I always had a box of Puffs. Always stuffed in my pocket," she said.

It all started with a runny nose that wouldn't stop. In 2013, Jackson suffered head trauma in a car accident. But doctors kept telling her the runny nose was probably allergies.

"I knew something was wrong. I knew it," Jackson said.

At Nebraska Medicine, she was diagnosed with a CSF leak, which stands for cerebral spinal fluid. Brain fluid was leaking through her nose, about half a pint a day, and it was impacting her life.

"I couldn't sleep. I was like a zombie. I was up all night," she said.

If left untreated, brain fluid leaks can lead to serious infections. In the past, specialists would have to perform brain surgery to fix them - but not anymore.

"We do kind of a minimally invasive approach, where we go through the nostrils, through the nose...It's very similar to what we use in the OR to repair the leak," Dr. Christie Barnes said.

One week after the operation, Jackson said she felt amazing.