Ukrainians in Chicago fear for families, but believe Ukraine will win: 'They fight with their heart' 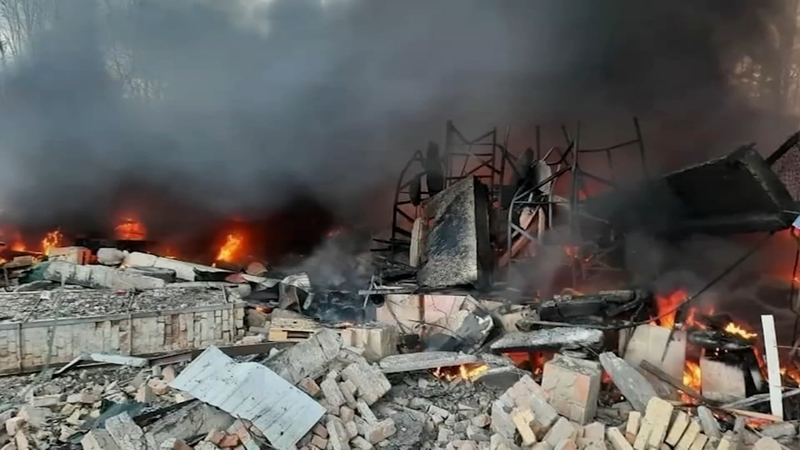 Chicago Ukrainians fear for families, but believe Ukraine will win

CHICAGO (WLS) -- One week ago, Violetta Radchenko was on the phone with her mother, who woke up to the first Russian bombs blasting Ukraine outside of Kyiv.

Now, her family is still alive, but she doesn't know for how long. She has been gathering supplies to send them. Her neighborhood in Bila Tserkva, south of the capital, has been bombed and brutalized.

Signs of support can be seen from the streets of Ukrainian Village, where Olena Balaban has been waiting for word from her stepdaughter, who is trying to leave Kyiv with her 6-year-old son.

"I just can't believe in the 21st century anything can happen like that," Balaban said. "It took her two days to get on a train. People are panicking. People are crying. She's like, desperate... They're trying to figure out a way to bring them here to Chicago."

One week into Russia's invasion of Ukraine, the fear and pain have been palpable in Ukrainian Village. People have been wondering whether their loved ones will be alive the next day. But with that pain is a sense of perseverance and pride that Ukrainians will prevail in this fight.

"We're trying to hold on and we know that we're gonna win that battle," Balaban said.