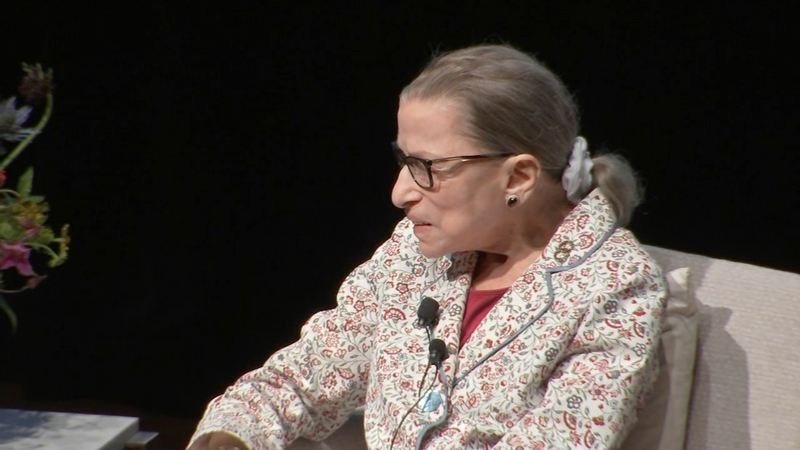 According to the school's website, The Harris Dean's Award is bestowed upon an exceptional leader for his or her lifetime contributions to public policy.

The 86-year-old drew a raucous welcome from about 500 people who came to see her speak. She's the oldest living member of the Supreme Court, appointed by President Bill Clinton and sworn onto the bench in 1993, and she's determined to hold onto the title.

"I have seen enormous changes and that's what makes me optimistic for the future," Ginsburg said.

Fresh off several weeks of outpatient radiation treatment for pancreatic cancer, her fourth fight against the disease since 1999, the justice known as the "Notorious RBG" spoke fluently, and flashed her equally notorious razor-sharp wit.

"I think mostly because people wanted something positive, hopeful, that's how 'the Notorious RBG' was born," she said.

Ginsburg was in Chicago to accept the university's Dean's Award from the Harris School of Public Policy, bestowed upon her for her lifelong fight for abortion rights and gender equality.

Recipients of the award have championed analytically rigorous, evidence-based approaches to policy and serve as an inspiration to the next generation of policy leaders and scholars working to address the world's most important challenges.

"Though we haven't reached nirvana we have come a long way in from the days of 'a woman can't do this, can't do that,'" said Gisburg.

She recently said she was on her way to being "very well" following radiation treatment for cancer.

She will then leave Chicago to return to Washington for the Supreme Court's next session, with hope for the politicians who will appoint her future colleagues.