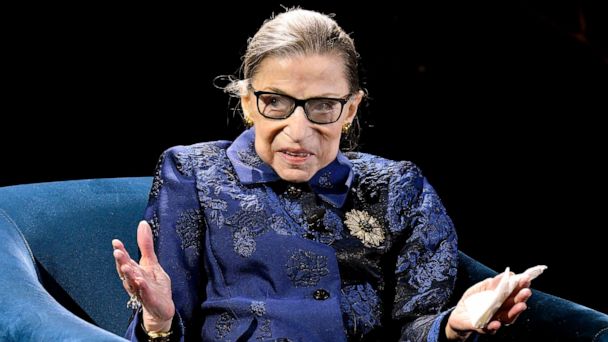 Justice Ruth Bader Ginsburg, who recently announced that she is battling a recurrence of liver cancer, was released from a hospital in New York City Friday after undergoing a "minimally invasive non-surgical procedure" two days earlier, according to a Supreme Court spokeswoman.


"According to her doctors, stent revisions are common occurrences and the procedure, performed using endoscopy and medical imaging guidance, was done to minimize the risk of future infection," Arberg said.

Ginsburg was released Friday, with a Supreme Court spokesperson saying, "Justice Ginsburg was discharged from the hospital today. She is home and doing well."

Ginsburg, 87, is the court's oldest member and leader of its liberal bloc. She is a four-time cancer survivor.

She said earlier this month that she intends to continue serving on the court despite the health challenges.

"I have often said I would remain a member of the court as long as I can do the job full steam. I remain fully able to do that," she said.

Shortly after the court recessed for the summer in mid-July, Ginsburg was hospitalized overnight in Baltimore to treat a possible infection that she later said was unrelated to the cancer. In May 2020, she was also treated for several days for an infection caused by a "benign gallbladder condition."


Her hospitalizations and treatments to date have not impacted her ability to participate in official business, the court has said. During the May hospitalization, Ginsburg joined oral arguments by phone.

The court convenes its fall term in October.

Ginsburg, who has been the most transparent member of the court when it comes to matters of health, said she began cancer treatment in May after a scan in February discovered new lesions on her liver.

"The chemotherapy course, however, is yielding positive results," Ginsburg said in a statement July 17. "Satisfied that my treatment course is now clear, I am providing this information."

Arberg had said Ginsburg was "resting comfortably" and was released from the hospital by the end of the week as expected.
Report a correction or typo
Related topics:
abc newsnational
Copyright © 2020 ABC News Internet Ventures.
More Videos
From CNN Newsource affiliates
TOP STORIES