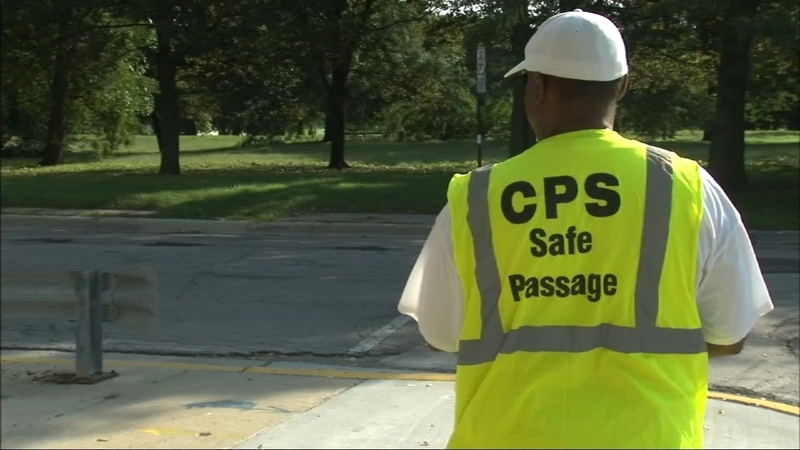 Mayor 'confident' schools will be safe this year

"These are our babies. They don't belong to the streets. They belong to us," Mayor Rahm Emanuel said.

"I can't do the alone. I need people in this community like you who live in the community, who understand the community to keep doing your best work," said CPS CEO Dr. Janice Jackson.

They were honoring the more than 1,300 Safe Passage workers whose job it is to make sure that nearly 80,000 CPS students make it to and from school safely. Lauronia Ditiwey has been doing it for five years.

"Just ready to go out there and just show our love to our kids and be thankful that our kids are out here. To celebrate what we're going for them back to school," Ditiwey said.

With just a few days before school starts, Emanuel said he is confident Chicago Public Schools will be safe.

"When they see me they say, 'Cornelius.' I say, 'Good morning," said Cornelius Hodges, a Safe Passage worker who has been stationed outside South Shore Fines Arts School for five years. He worries about the students' safety outside, but also about the threat of shootings inside schools.

With school shootings prompting districts across the country to step up safety measures, the mayor says Chicago is prepared, and schools will be safe.

"I am confident because we put a lot of time and effort into it," Emanuel said. "It's an integrated, inter-agency operation that runs a practice and a run through, study what's happens around the country and the how do we respond in that effort."

"I think of lot of the areas where we've had shootings in schools, it's the outside that's safe, you know. In this city, it's more the outside that's unsafe and the schools have become the safe place," said Father Michael Pfleger, Saint Sabina Church.

He believes safety should be everyone's concern. Saint Sabina neighbor, 84-year-old Donald Hart, does his part from his porch.

"Every morning at 3:00 I come out on my porch and pray. Pray for the church, pray for the school, pray for the kids, pray for the neighborhood that's my assignment," Hart said. And he'll be back out on his porch again next week.