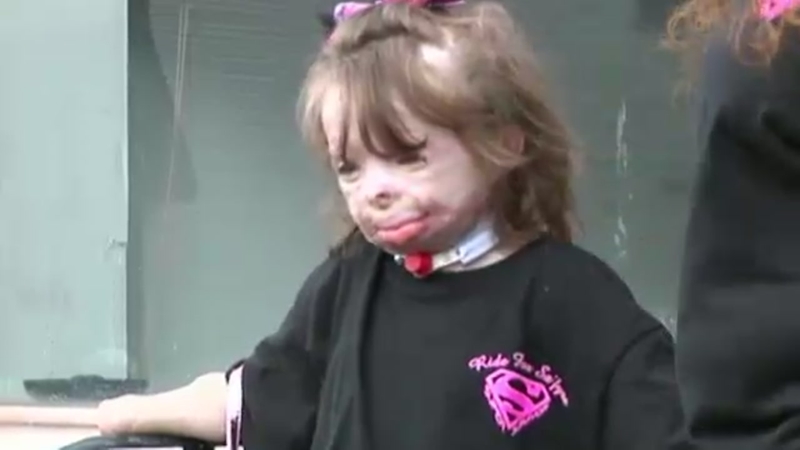 SCHENECTADY, NY (WLS) -- There's good news for a little girl who suffered disfiguring burns in an arson fire that claimed her family's life more than two years ago. She's going to Disney World.

Safyre Terry has endured much since the awful day in May 2013 when firefighters found her clutched in the arms of her dying father, who had shielded her with his body and saved her from the flames that killed him and Safyre's three younger siblings in their apartment in Schenectady in upstate New York.

Late Sunday night, a message was put on her Facebook support page, saying that 'Baking Memories 4 Kids' was sending Safyre to Disney World. She had been nominated for the trip by a school friend.

The trip is apparently going to be a surprise.

"Oh I can't wait till they hear the news," the post said. "To see their faces. So excited I can't sleep."

We first introduced you to Safyre last week when she wanted nothing more this Christmas than to receive Christmas cards from around the world. Her plea went viral and she's been receiving messages and presents from far and wide.

In fact, Albany's News10 reports that about 18,000 cards and letters and 400 packages were delivered to Safyre Friday morning in a two-ton truck. The postmaster says the mail will likely need to be delivered in a tractor-trailer this week!