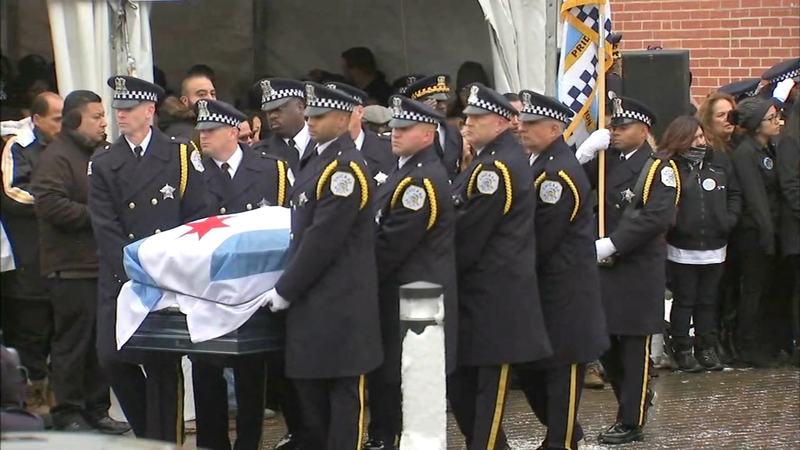 DES PLAINES, Ill. (WLS) -- Family members and colleagues gathered Monday for the funeral for fallen Chicago police Officer Samuel Jimenez, who was fatally shot a week ago as a gunman opened fire at Mercy Hospital.