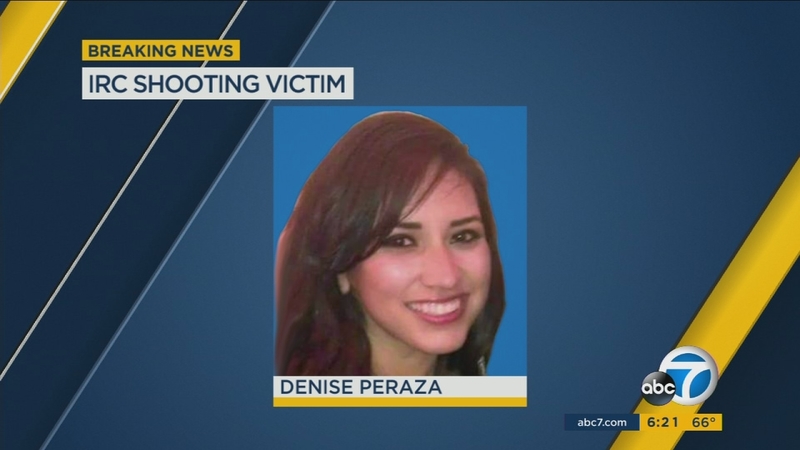 SAN BERNARDINO, Calif. -- The family of one of the victims injured in the mass shooting at an Inland Regional Center building in San Bernardino Wednesday spoke out about the incident.

Denise Peraza, 27, was at a holiday party that was held inside the building where the shooting happened around 11 a.m. at 1365 S. Waterman Avenue.

Peraza called her sister crying and told her she was shot in the back.

"She said 'I just want to tell you that I love you' and then she said she had to go and she hung up," said Stephanie Baldwin, the victim's sister.

Peraza, who was one of six being treated at Arrowhead Regional Medical Center, is expected to be OK.

From the hospital, Peraza told her loved ones that the gunmen were dressed in all black and were wearing black masks. She said shooters were silent as they shot at people in the large conference room where the event was held.

"As soon as the gunfire started, everyone dropped to the floor and they were underneath desks, and she was trying to shield herself with a chair, along with a man next to her," said Baldwin. "Then, all of a sudden, she said she just felt it going through her back."