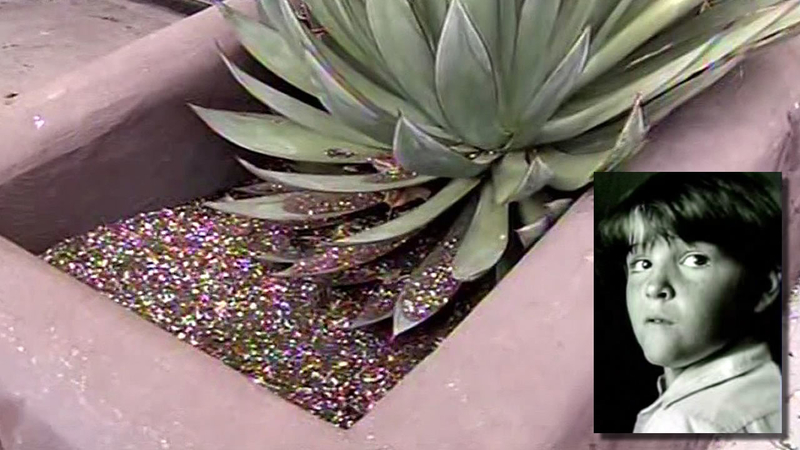 SAN FRANCISCO -- More details are emerging about the bones of a child found in planter boxes in San Francisco's Alamo Square neighborhood. Some are wondering if those remains could help solve a cold case that has haunted police for decades.

Police are waiting for lab results, but the burning question is the identity of the child, whose bones were found in planter boxes outside two adjacent apartment buildings, and how old the bones are.

Resident Natasha Koscak told ABC7 News she saw one of the bones.

"The piece that I saw was like a section, what looked like a jawbone, and the teeth definitely seemed similar to the molars," she said.

Police put up crime tape to preserve not only the planter boxes, but the dirt around the building. Anthropologists set up tents where they sifted through dirt, wondering if there were other body parts.

Toomey says the last time he can remember a similar police operation was two years ago in a house about a mile away in the Haight-Ashbury neighborhood. That is when investigators tore up the basement floor when cadaver dogs located bones in a house once occupied by a person of interest in the disappearance of Kevin Collins -- a 10-year-old boy who has been missing since 1984. However, the bones found turned out to be from an animal.

The latest discovery brings Toomey back to that cold case.

"The only case that I know of, of a child that is unsolved and the child's body has not been found is Kevin Collins in San Francisco. So when something like this happens... I mean, you have to think that way," he said.

Investigators are waiting for test results.

A woman gardening in San Francisco found the bone near the iconic row of Victorian houses called the "Painted Ladies."

She said the planter boxes were put on the porch by a tenant in 2007, and a couple of weeks ago she was trying to save the plants, but throw out the boxes after discovering they had termites. That is when she found a human bone in the soil.

As @vicleeabc7 reported: Bones, reportedly belonging to a child, found in planter boxes on McAllister. More at 11pm. pic.twitter.com/MmRI6OVCPo

A team of experts arrived on scene and set up a makeshift lab after the woman took the bone to the police department, but not before she showed it to Koscak.

"She had knocked on my door and was visibly upset, and she had put it in a large Ziploc bag," Koscak said. "What is really sad about it is that it was smaller... I've lived here seven years. I've never noticed the plants to ever be disturbed in that box."

Cadaver dogs were brought in and they gravitated to a planter box at the entrance to the apartment next door.

A neighbor, who did not want to be identified, watched the investigation unfold.

"I saw a tent of archaeologist workers sifting through dirt while detectives stood present with a parked coroner's wagon," he said.

Neighbors say Alamo Square is a relatively quiet neighborhood, so they are shocked by the recent discovery.

Neighbor Janea Mensing said the thought gives her the creeps. She shared some photos of the investigation happening outside her apartment building on McAllister Street a few weeks ago. She found out from neighbors what had been found.

"Especially too, knowing that it's two locations where the bones are at, now I'm very interested to see if it had something to do with this apartment? That apartment?" Mensing said.