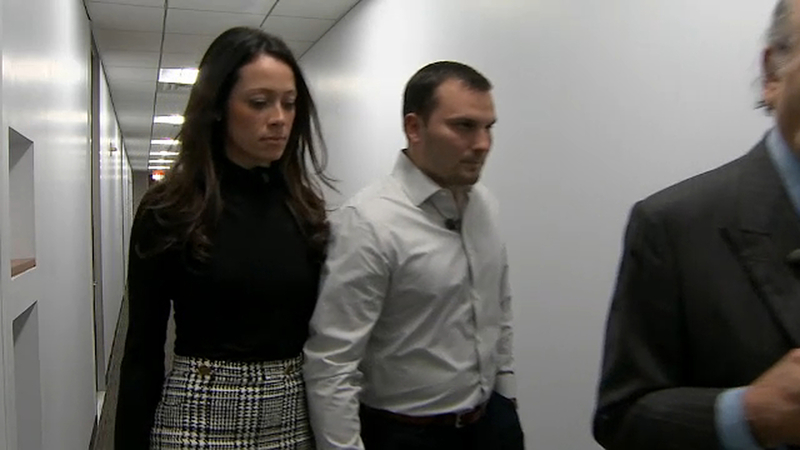 NEW YORK -- It was supposed to be the perfect destination wedding, but one couple says their dream turned into a nightmare.

Ashley and Jeff Pascarella headed to the Sandals Royal Bahamian luxury resort with 70 of their closest friends and family for their 2016 nuptials.

"We had a lot of dreams," Ashley said. "Just that it would be just the perfect wedding on a paradise island."

The company hosts more than 10,000 weddings each year in their 24 luxury hotels worldwide.

"We had no idea what we were in store for," Jeff said.

On the night before Ashley and Jeff were to say "I do," an intruder entered the room while Jeff was in the shower and sexually assaulted the bride-to-be.

"When I woke up, that's when I discovered that he was standing over me with his hands in my pants," Ashley said.

The couple recognized the assailant as Moral Adderly, the butler hired by Sandals to assist them during their wedding stay.

"I feel guilty like I should have been there," Jeff said. "You know, obviously, there's nothing I could have done."

According to a new lawsuit filed by the couple, Adderly pleaded guilty to the assault just one week later.

They say Sandals offered to reimburse them the $15,000 they spent on the wedding, but only if they agreed to sign a non-disclosure agreement, something they refused.

"So after the wedding, we decided it would be best for me to start seeing a therapist just to talk everything through," Ashley said. "And in going through those therapy sessions, that's when I was diagnosed by the psychiatrist with PTSD."

The couple now suing the resort for $30 million.

"Here we have something that starts off as a horror and has created psychiatric difficulties that have lasted for years now," the couple's attorney said.