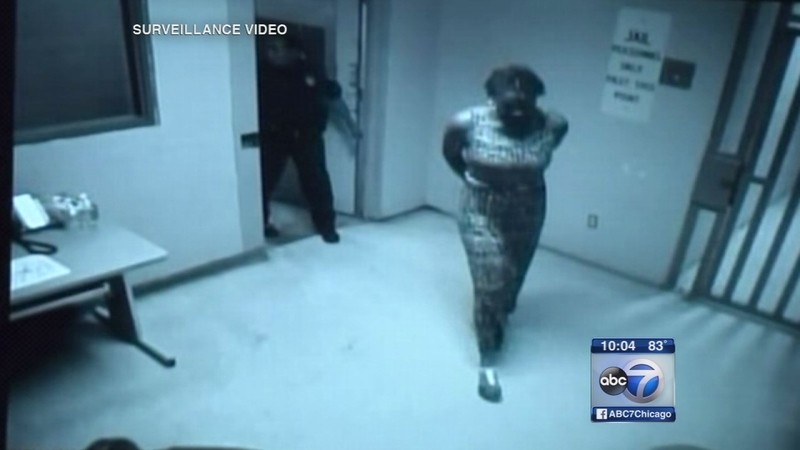 Bland is seen crying, making phone calls and walking into the jail cell where she would be found dead. The hours and hours of raw footage gives a video timeline that has not previously been publicly seen.

Duhon said the county shared the video to quell the conspiracies and threats made against the county via telephone and email. The most serious threats have been passed onto the FBI. Duhon said they were not going to take the threats lightly.

During the press conference, Duhon walked members of the media through key points of the footage.

"As you can see there she is bringing Sandra Bland through the intake door," Duhon told reporters pointing to video footage.

Bland is placed in a holding cell for five hours and then moved to cell No. 95, the room where she would be found hanging from a plastic bag.

Waller County officials scoffed at suggestions that the videos had been doctored.

"This is Sandra Bland, there's no other way around it," Duhon said. "This video has not been altered or doctored in anyway, these are the raw files."

Bland, a black 28-year-old from suburban Chicago, was found dead in the Waller County jail on July 13. Authorities have said Bland hanged herself with a garbage bag, a finding that her family disputes. She was in custody after a traffic stop for failing to use a turn signal escalated into a physical confrontation with a white state trooper.

On Monday, an initial toxicology report was released for Bland that two experts said raised the possibility that she may have used marijuana while in custody.

The amount of THC, one of the active components of marijuana, in Bland's system was 18 micrograms per liter, according to the report. That's more than three times the legal limit for drivers in Colorado and Washington, states that permit the recreational use of marijuana.

Over a hundred protesters gathered peacefully Tuesday night at Michigan Avenue and the Chicago River in a show of solidarity for Bland.