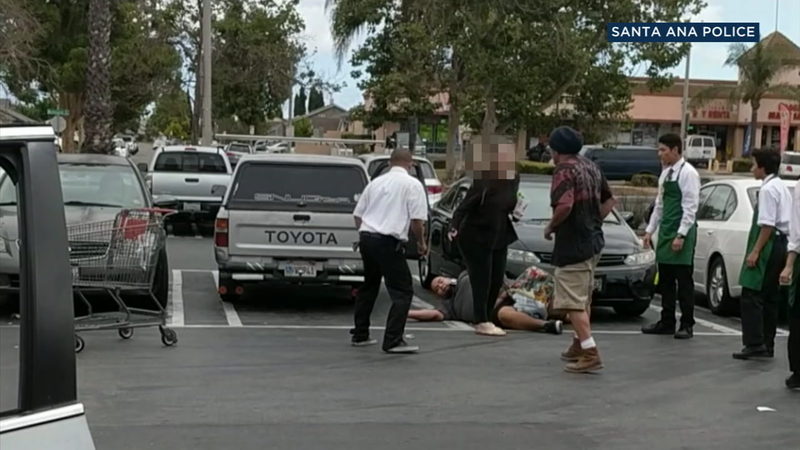 Santa Ana police said on June 17, suspect Jose Prado was loading up his truck with items he did not pay for when store employees confronted him.

Prado responded aggressively. As employees appeared intimidated by the suspect's size, a man in shorts and a brown shirt walked up and laid Prado out with one punch.

Prado got up and took off. Police said they are still looking for him and considering him a robbery suspect.