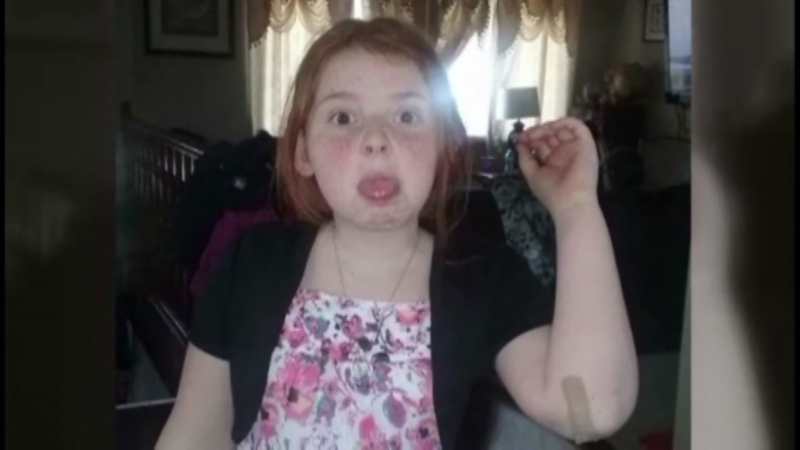 Girl's hair ripped off by ride

OMAHA, NE -- The parents of an 11-year-old girl whose hair got caught in a spinning carnival ride says her daughter underwent surgery to repair her scalp and remains in a Nebraska hospital.

Virginia Cooksey tells the Omaha World-Herald her daughter didn't suffer any fractures or brain trauma but could have vision problems or need more surgery.

Cooksey released a picture of Elizabeth Gilreath, who remains hospitalized. The girl was captured on cell phone video riding the "Kings Crown" at a fair in Omaha. It was spinning when her hair got caught, yanking out her scalp.

Her parents say losing her long, red hair is just the beginning of her problems.

"(The ride) went on for five to ten minutes, everybody told me, while it ripped and pulled my daughter around... They don't even know if the muscles will work and my daughter will be able to see again," said Timothy Gilreath, Elizabeth's father.

Police say the girl was taken to Nebraska Medicine after the incident Saturday afternoon at a Cinco de Mayo festival in Omaha.

Surveillance video shows the ride operator running from the chaos, possibly to get help.

Omaha police Lt. Steve Cerveny tells TV station KETV officials are trying to determine whether there was a malfunction with the ride.

Watch a report by local station WOWT in the video above.