'Schitt's Creek' motel is up for sale in Ontario 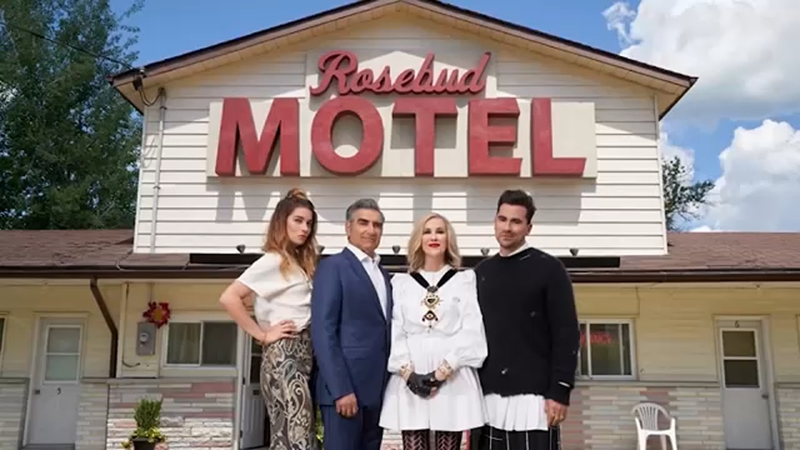 'Schitt's Creek' motel is up for sale

ONTARIO -- The motel made famous by the popular Netflix series "Schitt's Creek" is up for sale.

The ten-room motel in Ontario, Canada was the setting for the Emmy award-winning series about a wealthy family that was forced to relocate to a rural town after becoming bankrupt.

Fans of the Eugene Levy show know the property as "The Rosebud Motel," but its real name is the Hockley Motel, CNN reported.

It includes more than six acres of land and backs up to a waterway. No, it's not the creek from the show's title, it's the Nottawasaga River.