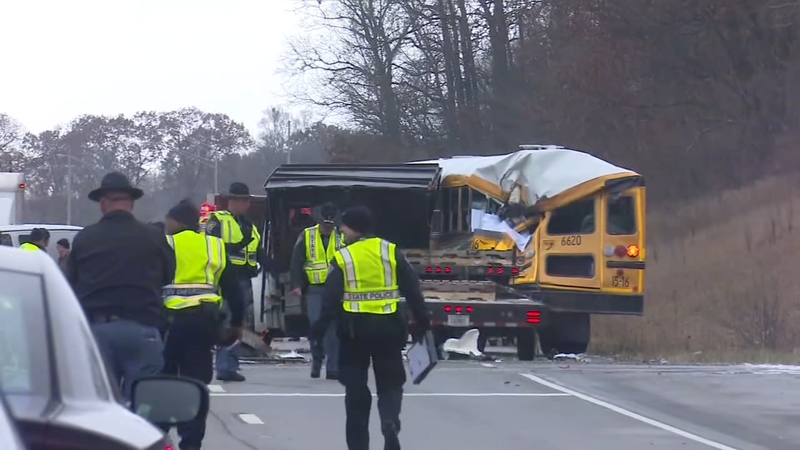 MARSHALL COUNTY, Ind. (WLS) -- An eighth grader killed Wednesday morning in a school bus crash on US 31 just north of Argos, Indiana, was identified Thursday. The class was heading to the town of Warsaw to see "Elf The Musical", WBND reports.

Owen Abbott, 13, of Winamac, Indiana, was seated in the left rear section of the bus. He was pronounced dead at the scene by the Marshall County coroner and his family was notified.

A 14-year-old boy was airlifted to Memorial Hospital in South Bend. His injuries were not life-threatening, state police said.

Northbound US 31 was closed for hours for crash reconstruction and vehicle removal. Investigators said weather was not a factor in the crash.

This was one of three deadly crashes involving school buses in the U.S. this week.

Wednesday night, two adults were killed and several students injured after a head-on, wrong-way crash between a semi and a school bus near Bloomington, Illinois.