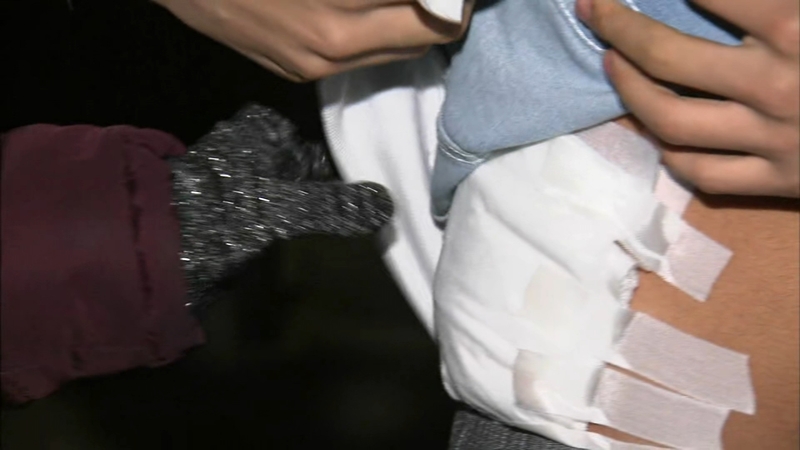 EAST CHICAGO, Ill. (WLS) -- An East Chicago Central High School student is under arrest and charged with stabbing his 16-year-old classmate with a box cutter. The stabbing was the result of a fight, officials said.

Brenda Richmond said she got the call from school officials about her son on Tuesday afternoon.

"His gash came from here to here. His stomach was just open," she said. "Immediately I questioned, 'What happened? What's going on with my son, what do you mean, was he stabbed?'"

Omar Kinnie said when he walked into biology class two kids were cracking jokes at each other. Then one turned their attention to him.

"He got mad at me. I guess for laughing or something like that," he said.

Kinnie said one of the kids swung at him, right there in the classroom. He admits he swung back a few times. Then, he said, things escalated.

"He put me in a headlock and I couldn't see nothing. I was like, "Hey what are you doing? What's going on?'" he described.

It took him a moment to realize what had happened.

"I lifted up my shirt and there was a big cut, right there," Kinnie said.

Richmond said police told her the student used a box cutter to slice into her son's side so deeply he needed 16 stitches.

"I had to tell him, 'Do you know, son? Your life was almost taken! Over nothing!' Over two other kids bickering and you laugh," she said.

"I just keep thinking how different it could have been," Kinnie said.

Richmond said she is doing everything she can to protect her son. She no longer thinks he's safe at school.