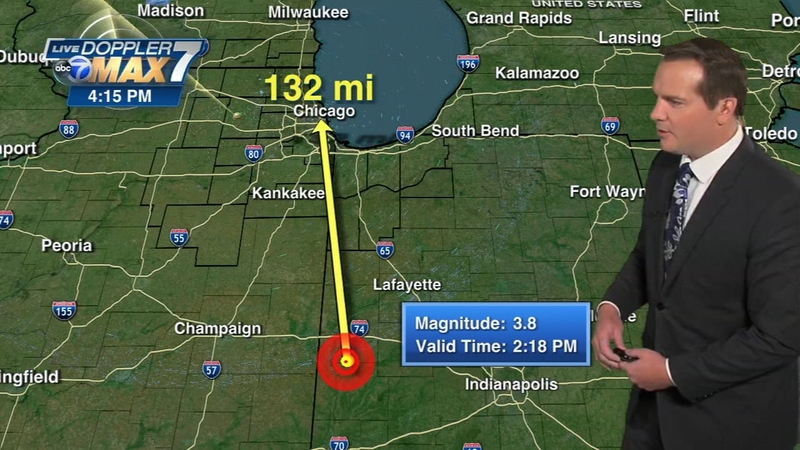 CHICAGO (WLS) -- A 3.8-magnitude earthquake shook parts of Indiana and Illinois Thursday afternoon, according to the U.S. Geological Survey.

The quake struck around 2:18 p.m. with its epicenter near Bloomingdale, Ind., about 130 miles south of Chicago.

"I think people in Indiana do occasionally expect a small earthquake like this one," said Suzan van der Lee, a professor in the Dept. of Earth & Planetary Science at Northwestern University. "It's not unheard of in Indiana."

According to Mowry, the last time there was an earthquake of this size in Indiana was December 2010, when a 3.8-magnitude quake rattled parts of Indiana, Illinois and Michigan. And in 2008, a 5.2-magnitude earthquake shook Mount Carmel, Illinois.