"You were like the warhead," he described of his first trip to space aboard Gemini 7 when he pulled 8 gs.

Lovell reflected on his NASA career at the Adler Planetarium, Wednesday, which will honor him with a lifetime achievement award at this Saturday's Celestial Ball; the annual black tie gala raises money for Adler programs.

The former Navy pilot is certainly deserving. He ventured to the Final Frontier four times, including aboard historic Apollo 8, which was the first manned moon orbit 50 years ago this December.

"That's what all of us wanted to do...was to go to the moon," he said of the first crops of Astronauts.

"To me this was a real adventure," he added, comparing a moon walk to "a mini Lewis and Clark expedition."

He came close to walking the lunar surface as commander of Apollo 13. But an onboard explosion stopped that, leading to the infamous words portrayed in the 1995 movie Apollo 13: "Houston we have a problem."

Myth-busting and other intimate memorabilia fill the exhibit, thanks to Captain Lovell's generosity.

Take the movie scene when the Apollo 13 crew has to build a makeshift oxygen scrubber, for example. Lovell and fellow Astronauts Jack Swigert and Fred Haise had to "rip the cover off the manual and turn it into a tent to make this oxygen scrubber," explained Adler's Vice President of Guest Experience Sarah Cole before boasting that "we have the manual with cover missing."

She also talked about gloves and a helmet meant for a space walk. But unlike others which may be tattered and dirty, "these are pristine white because Apollo 13 never landed on the moon."

Lovell even made it possible to display the Gemini 12 capsule he once flew in.

"Can you imagine two weeks in the spacecraft with Frank Borman," he joked.

All these years later, Lovell still rattles of detailed memories of his time floating in space cracking jokes too.

"6 landings and one mishap," he quipped.

"We didn't land on the moon but brought out the technology and the leadership and the teamwork of people working at something that was suddenly thrown upon them," he said looking at Apollo 13's upside.

With a flight suit, maps, photographs, commemorative coins and a space ship to pore over, it might be tricky to pick a favorite. But not for Lovell, who quickly shares he's most proud of a photograph of "Mount Marilyn." It's a triangular feature "on the shore of the sea of tranquility" that he named for his wife Marilyn during the Apollo 8 mission when he was looking for good landing markers to be used by Apollo 11 for its historic moon landing. As fate would have it, "Mount Marilyn" has kept its name to this day.

For Lovell, the Adler is an ideal home for his memories since he fell in love with the stars amidst trips here. He had family in the Chicago suburbs and would venture downtown on his own to explore the planetarium.

"By myself I'd come down here to see the museums... it was the Adler that I really enjoyed," he said of his research for an astronomy merit badge.

Still the imaginative boy scout at heart, Lovell thinks it's worth exploring the moon again today. He's eager to see where space exploration goes next.

"That architecture, that infrastructure that we do to be comfortable going to the moon could be then expanded into a Martian trip," he said.

Captain Lovell's impact at the Adler Planetarium is clear from the moment you walk through the door at the Adler, with a larger-than-life statue of the American hero depicting him floating in space. But beyond the artifacts he brought back to earth, Lovell he leaves a legacy that continues to inspire.

Cole explained that the exhibits purposely explore Lovell's personal story as much as America's collective journey to the moon because "when he first set out to want to become an astronaut, that didn't exist. That wasn't a job."

But his perseverance teaches an important lesson.

"Even if there's no path, I'm going to figure it out and yes, I can think this through."

For Jim Lovell and generations to come, the answer comes from reaching to the skies above.
Report a correction or typo
Related topics:
sciencechicagomuseum campusnasamoonspacemoonwalk
Copyright © 2020 WLS-TV. All Rights Reserved.
SPACE 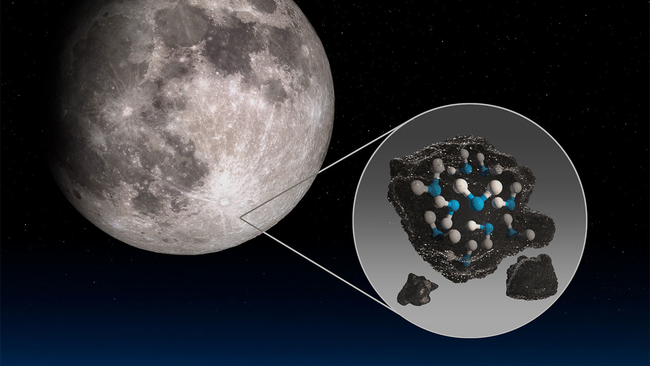 The moon may contain more water than previously believed

How to watch the Orionid meteor shower peak Tuesday night 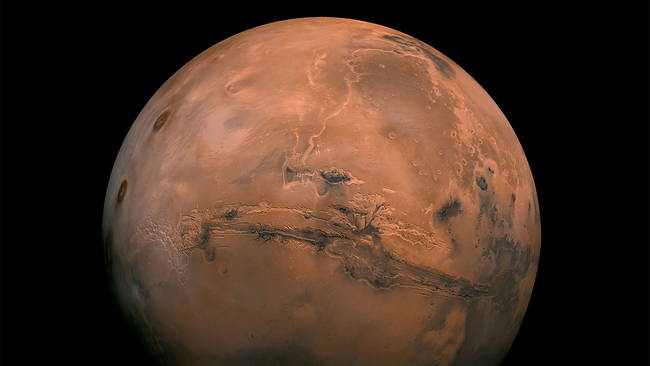