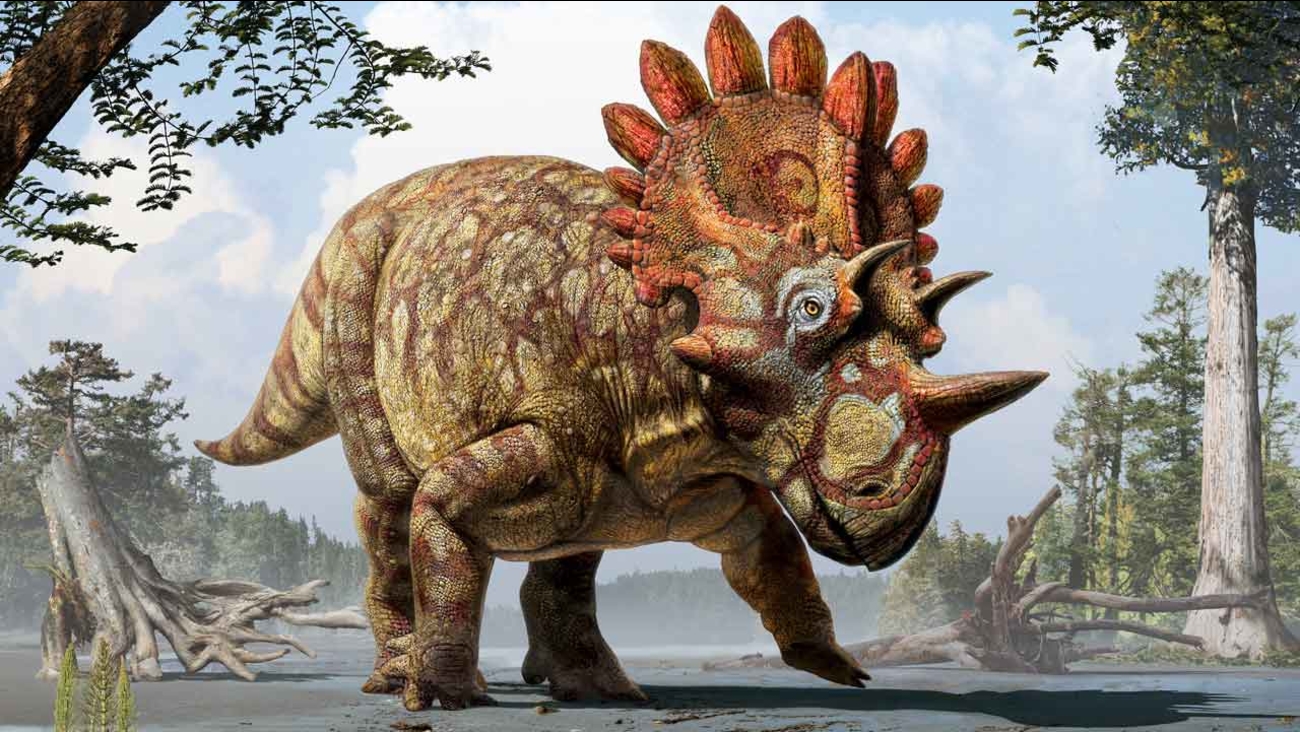 ALBERTA (WLS) -- The name may be Regaliceratops, but it goes by "Hellboy." Scientists discovered the new dinosaur 68 million years after it died.

Photograph of the skull of the new horned dinosaur Regaliceratops peterhewsi in oblique view.

Regaliceratops means "royal horned face." The fossilized remains resemble a comic book character called "Hellboy," scientists said, and so the nickname stuck. Hellboy was found in the Alberta, Canada, along the Oldman River. The tip of the snout was sticking out of a cliff. Only its skull was found.

Regaliceratops was similar in size to today's rhinos, scientists said.

Officials said the fossil was discovered ten years ago, but took a decade to get ready for display at Royal Tyrrell Museum.