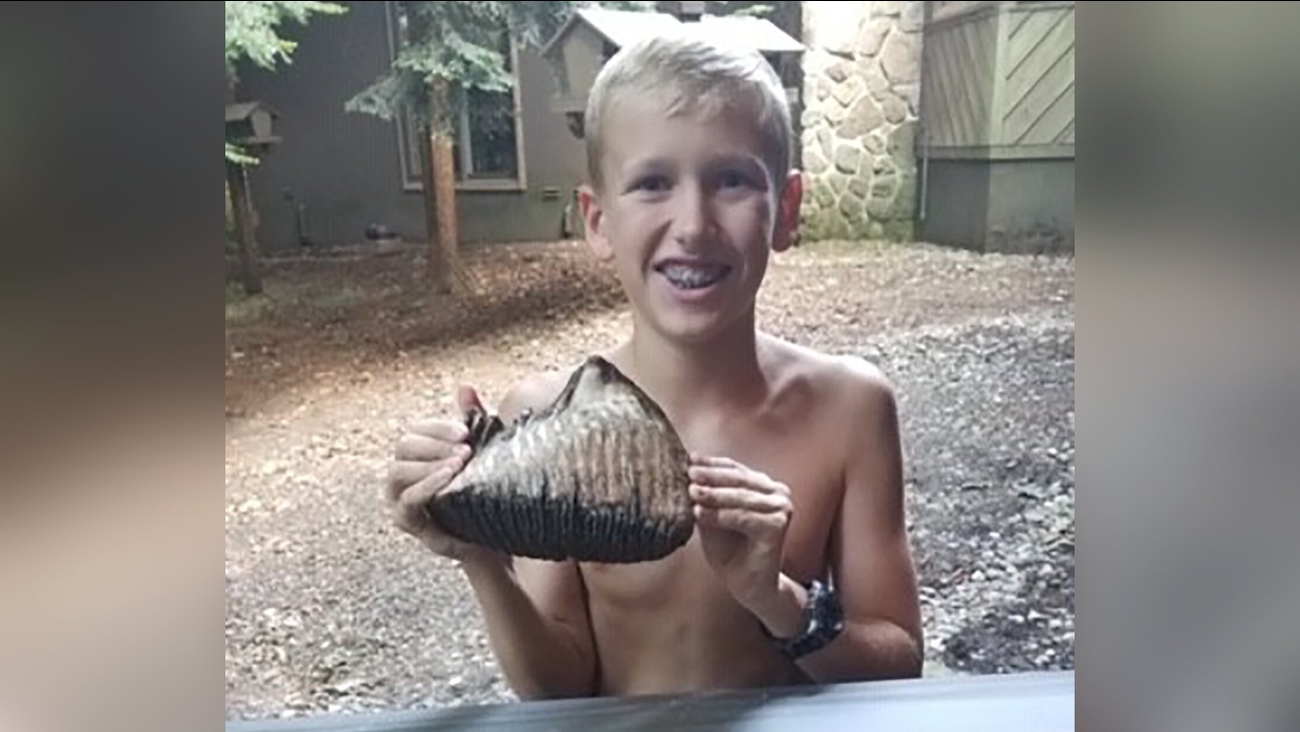 (The Inn at Honey Run)

MILLERSBURG, Ohio -- An Ohio boy playing around in a creek bed stumbled across an odd, ridged object jutting out of the mud. To his surprise, it turned out to be a woolly mammoth tooth.

Jackson Hepner was visiting The Inn at Honey Run in Millersburg, Ohio, in July with his family when he made the discovery, reported CNN.

"His dad and his uncle are both really into natural history and understanding nature," Jason Nies, who owns the inn, told CNN affiliate WEWS on Tuesday. "They quickly jumped online and were Googling it, and that's when we quickly found out this might be a mammoth or a mastodon tooth." 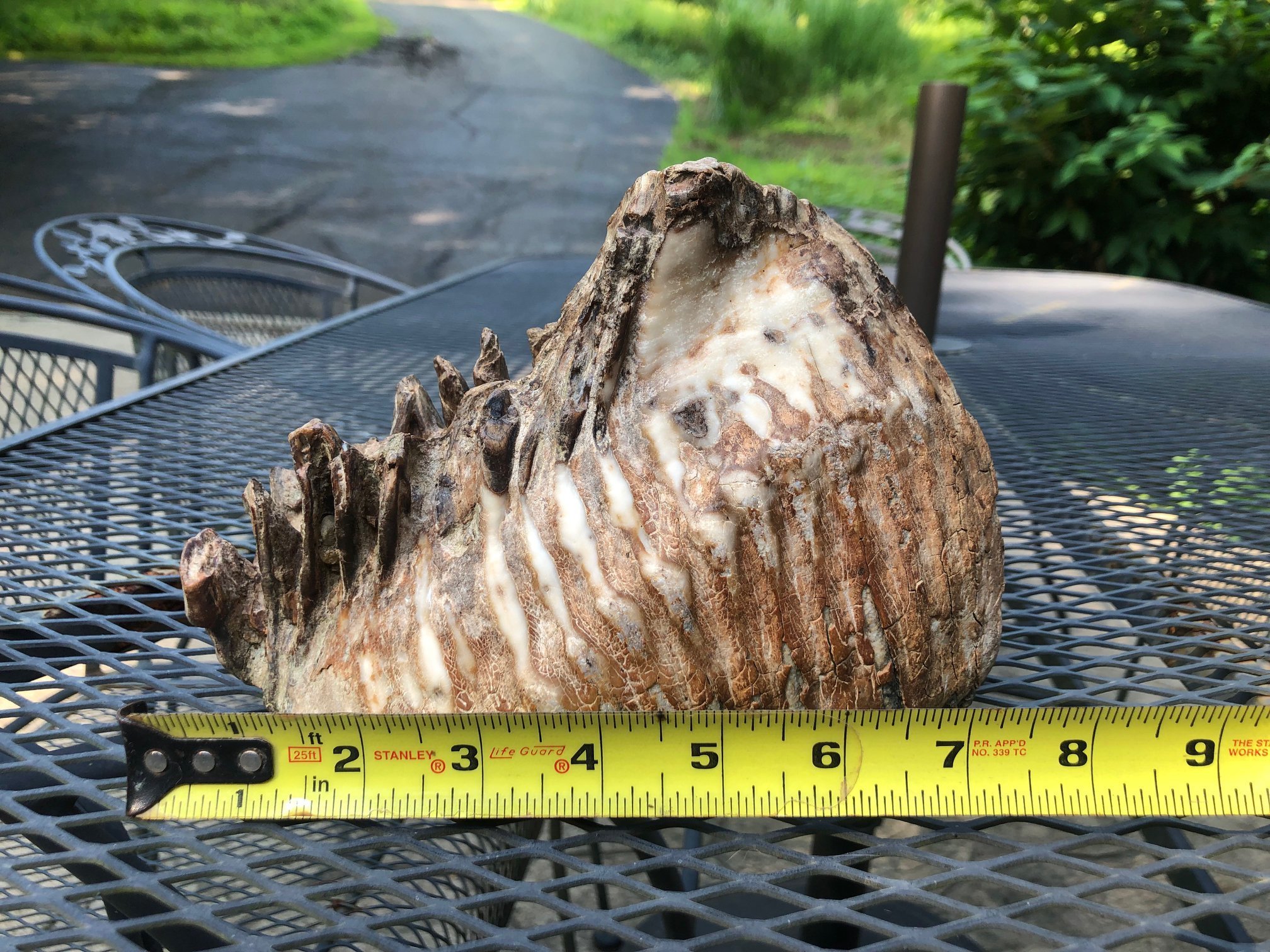 Jackson's family and the inn wanted to find out for themselves what ancient fossil he had unearthed, so they contacted several professors in the area, including P. Nick Kardulias of the College of Wooster's Program of Archeology, the inn said in a post to its website.

"He has been very excited since the find, and that excitement has grown with the increasing interest in the story," Jackson's dad Josh Hepner told CNN.

As the experts came to inspect the object and look at the location of the discovery, Jackson drew them a map with a note attached, the inn said.

"I found the mammoth tooth about ten yards upstream from the bridge we had our family pictures on. It was partially buried on the left side of the creek," the inn said the boy wrote in the note.

He ended the note with one request.
"I would like to have my tooth back in my hands as soon as possible," it reads. "I want to show my friends."

Kardulias, the professor, confirmed to CNN affiliate WJW that he and a colleague believe the 12-year-old did in fact discover a mammoth tooth. 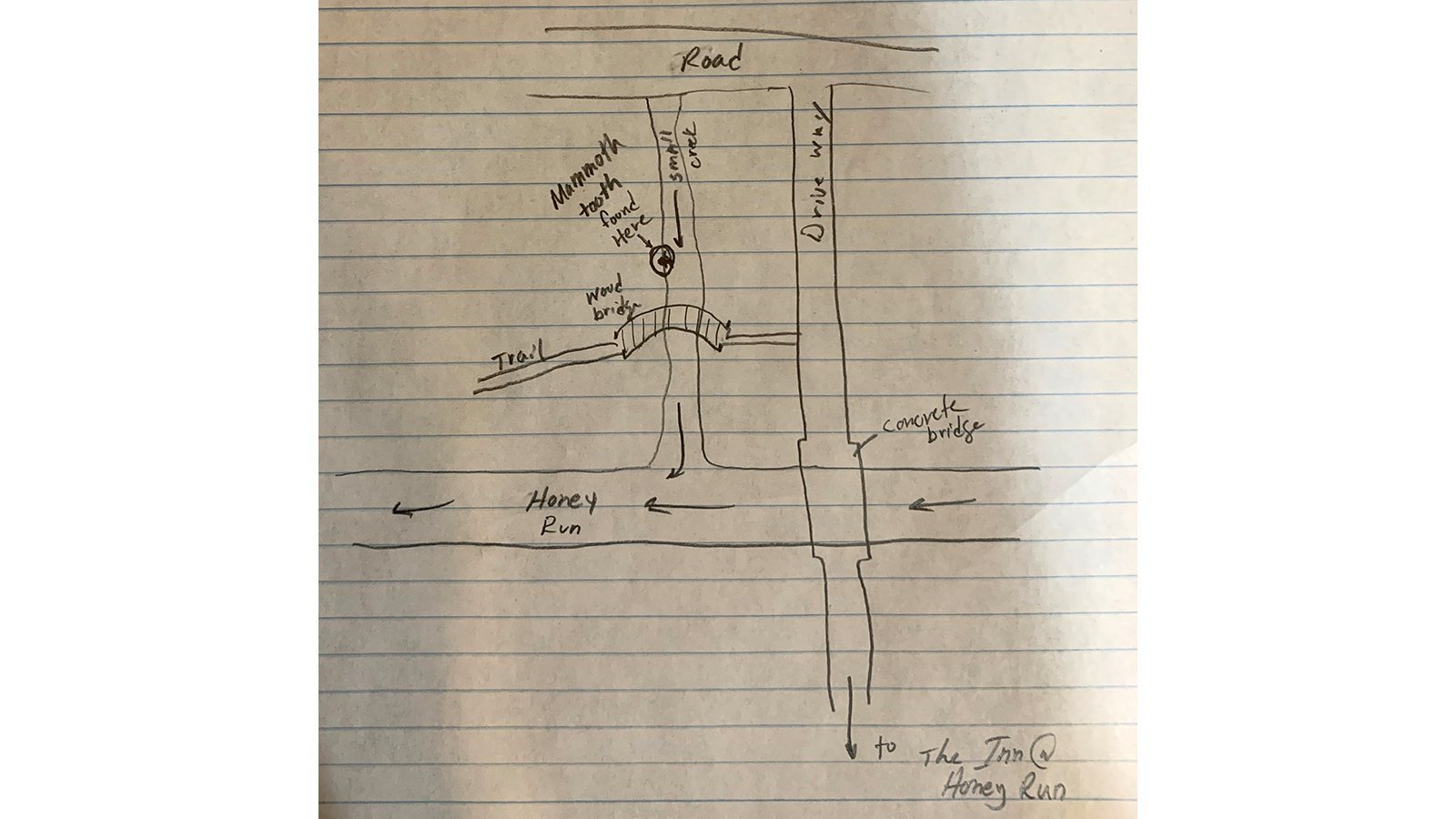 Jackson drew a map to the discovery site.

The Inn at Honey Run

According to Ohio History Central, both mastodon and mammoth fossils have been found around the state. They became extinct about 10,000 years ago. Mammoths were grazers, so their molars had smooth ridges for eating grass, according to the National Park Service.

"We couldn't be prouder to be the site of such an extraordinary find," the Inn at Honey Run said in a news release on its website last week.

Nies says he hopes that one day, after Jackson is done showing the tooth off to his friends, that he'll return it to the inn to be displayed.