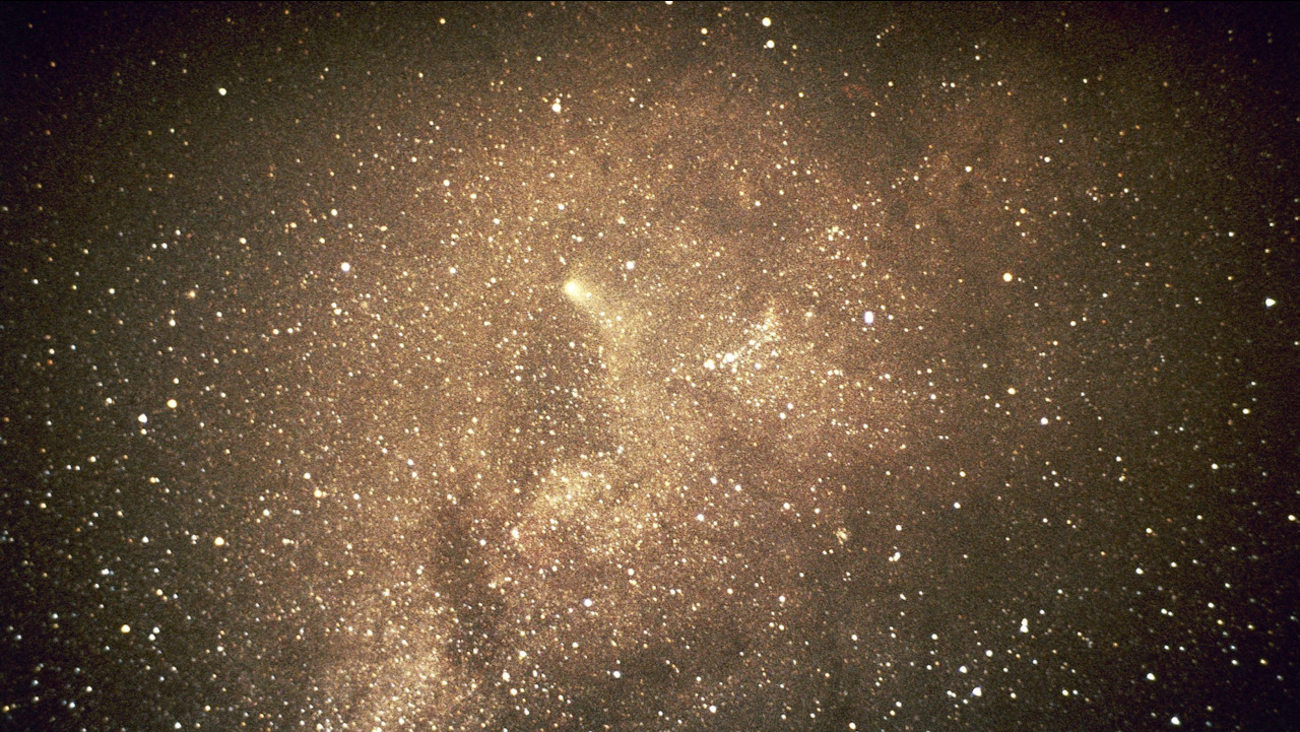 A 1986 file picture shows part of the Milky Way galaxy. The Kepler telescope has helped calculate the cosmic census of planets in our galaxy and beyond. (AP Photo)

A recent conundrum about a star 1,500 light years away discovered by the Kepler Space Telescope has extraterrestrial enthusiasts crying "alien" as an explanation, but scientists studying the star are saying "not so fast."

The strange nature of the star, KIC 8462852, was brought to public attention by the citizen scientists of the Planet Hunters program, ABC News reports. The program enlists the public's help in studying dips in light from the 150,000 stars discovered by Kepler, usually caused by planets passing in front of them. With KIC 8462852, though, the light pattern has irregular, large dips -- not like those of a planet-- and scientists aren't sure why.

The explanation that some jumped to? Large alien spacecrafts. The dips in light are caused by the alien megastructure periodically crossing between Kepler and the star, the theory goes.

That #awesome @NASAKepler data some think could be aliens? I have no idea WHAT it is, but you can see it here: https://t.co/dvZJGKlvL1

The alien theory fire was further fueled when Jason Wright, an associate professor of astronomy and astrophysics at Penn State University, mentioned that aliens might provide a possible explanation in a paper, saying that "Kepler would be able to detect large alien megastructures via anomalies like these."

After the theory went viral, Wright wrote a blog post to clarify that "we didn't have anything ready to show our professional colleagues so that they can give reporters informed takes on it" and recommending, "You should reserve the alien hypothesis as a last resort."

Instead, Wright says he's pondering the theory of Tabetha Boyajian, who published a paper about the star in the Monthly Notes of the Royals Astronomical Society. Though the Yale University astronomer said the star had her scratching her head, she said the most likely scenario was that the strange light pattens could have been caused by a group of comets from a nearby star.

"I would put low odds on that being the right answer, but it's the best one I've seen so far," Wright wrote, "(and much more likely than aliens, I'd say)."
Report a correction or typo
Related topics:
sciencenasabuzzworthysocial mediau.s. & worldspace
Copyright © 2020 WLS-TV. All Rights Reserved.
More Videos
From CNN Newsource affiliates
TOP STORIES