CNNWire
SpaceX sent another 60 satellites into orbit on Monday, one of many such launches the company hopes to conduct over the next year as it works to build a massive broadband-from-space business.

A Falcon 9 rocket carrying the satellites took off from Florida's Canaveral Air Force Station at 9:56 am ET, and about an hour later, the company confirmed the satellites deployed in orbit.

SpaceX's internet constellation, called Starlink, will require hundreds of satellites working in tandem to provide seamless internet connections on the ground, reported CNN. The 60 satellites launched Monday will add to the dozens launched in May on the first Starlink flight, and the company plans to launch as many as 24 more missions next year as it builds up its network - adding more bandwidth and coverage area.

The company has permission from regulators to launch more than 10,000 Starlink satellites and it recently requested permission to add as many as 30,000 to that number.

Of the first batch of 60 satellites launched in May, three malfunctioned and were unable to communicate with the ground. Those devices will be left to float around aimlessly until the Earth's gravity can slowly drag them back out of orbit. That could take years.

Two other satellites were directed to dive back toward Earth to "simulate an end of life disposal." SpaceX wants its functioning satellites to save enough fuel for the journey home after they finish their business in space; it's part of the company's plan to ensure its satellites don't contribute to space junk.

"We still have a long way to go from tweets to 4K cat videos, but we are on our way," said Lauren Lyons, a SpaceX engineer who hosted the webcast of Monday's launch.

The company hopes that Starlink could one day bring internet access to a significant portion of the world's population who live in areas without the infrastructure for wireless or who aren't happy with their current providers. Musk has said Starlink could generate $30 billion or more in revenue each year for SpaceX.

The business will launch first in the United States and Canada, potentially as soon as next year. The company wants to have global coverage by the end of 2020, though it will need to hash out deals with foreign governments for permission to operate abroad.

Other tech companies have tried and failed to build satellite internet constellations to provide inexpensive broadband services. SpaceX has said one reason it will be successful is its ability to launch cheaply on its own rockets. The Falcon 9 was a game-changer for the space industry because of its $60 million price tag, which is roughly one-third the price of similarly sized rockets.

Part of the reason the Falcon 9 is so cheap, according to SpaceX, is because the company has the ability to reuse parts of the hardware.

SpaceX routinely recycles the first-stage booster, the bottom portion of the rocket that gives the initial thrust at launch. The booster used on Monday was previously used on three missions, marking the first time SpaceX has used the same booster on four trips to space.

It was also the first mission on which the Falcon 9 flew with a used fairing, which is the cone-shaped portion at the top of the rocket that protects satellites during launch.

SpaceX is not alone in its mission to beam internet from space: Similar constellations have been proposed by Amazon and Softbank-backed OneWeb. These companies have harped on the economic possibilities of delivering cheap, high-speed internet across the globe.

But the idea of deploying thousands of new devices into Earth's orbit is controversial. Astronomers have raised concerns about how it will impact their ability to observe the night sky. And there are concerns about safety - particularly how to ensure that newly deployed satellites don't collide and add to the space debris issue.

Throughout history, only about 8,000 satellites have ever been sent to space, and there are about 2,000 currently active satellites. With current plans for satellite constellations, that number could grow by more than 20,000 in just a decade.

SpaceX and OneWeb have discussed plans for ensuring their devices won't add to the debris issue. For instance, SpaceX's satellites have autonomous maneuvering abilities, meaning they can automatically dodge potential collisions with other satellites or debris. 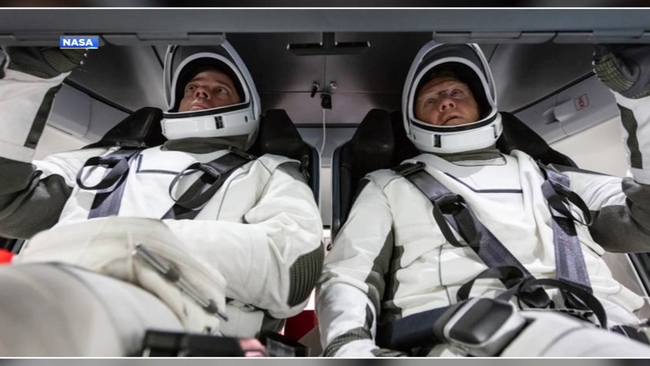 'Live with Kelly and Ryan' interviews astronauts on board ISS 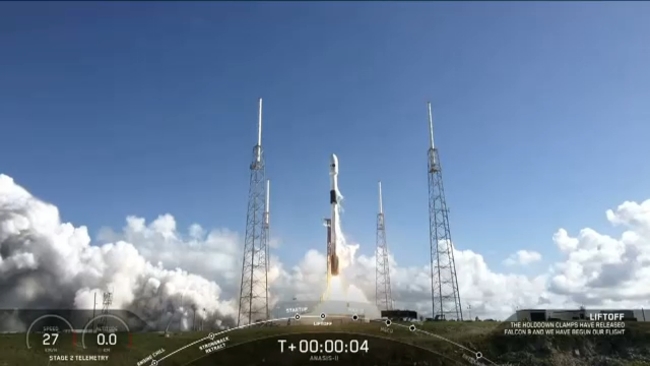