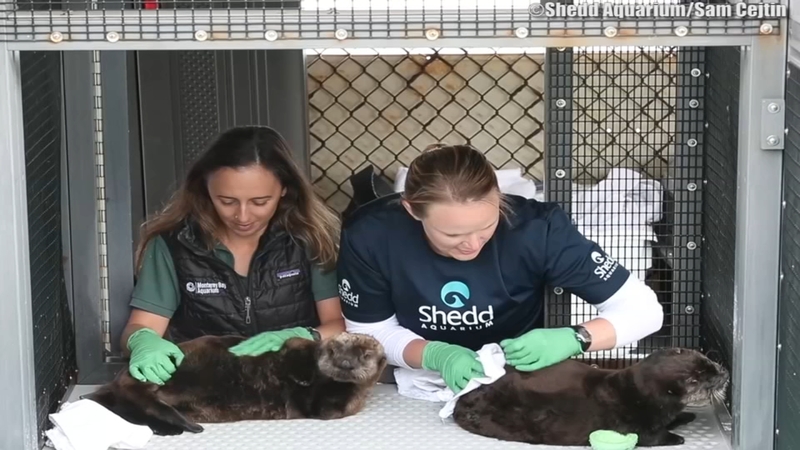 Earlier this month during Sea Otter Awareness Week, aquarium officials announced they were holding a digital naming contest to allow the public to vote on a few potential names that were up for consideration.

Officials said nearly 20,000 votes came in from across the country to name the five-month-old sea otter pups, who were temporarily referred by their intake numbers given to them when they were rescued by partners at Monterey Bay Aquarium.

The two winning names are:

Cooper, formally known as pups 870, was discovered stranded alone near Stillwater Cove in Carmel Bay, California on May 18. Rescuers said while the pup was clinically healthy, they could not locate the mother and didn't want to risk leaving the pup vulnerable and alone.

Both have been living behind the scenes since their arrival in the Regenstein Pup Nursery as animal care staff teach them how to be otters.

The focus of the contest was to not only tell the individual pups' stories, but to also build the public's affinity and understanding around sea otters. They said they hoped the contest would inspire voters to make their voices hear in support of conservation legislation and protections that are critical for the vulnerable species.