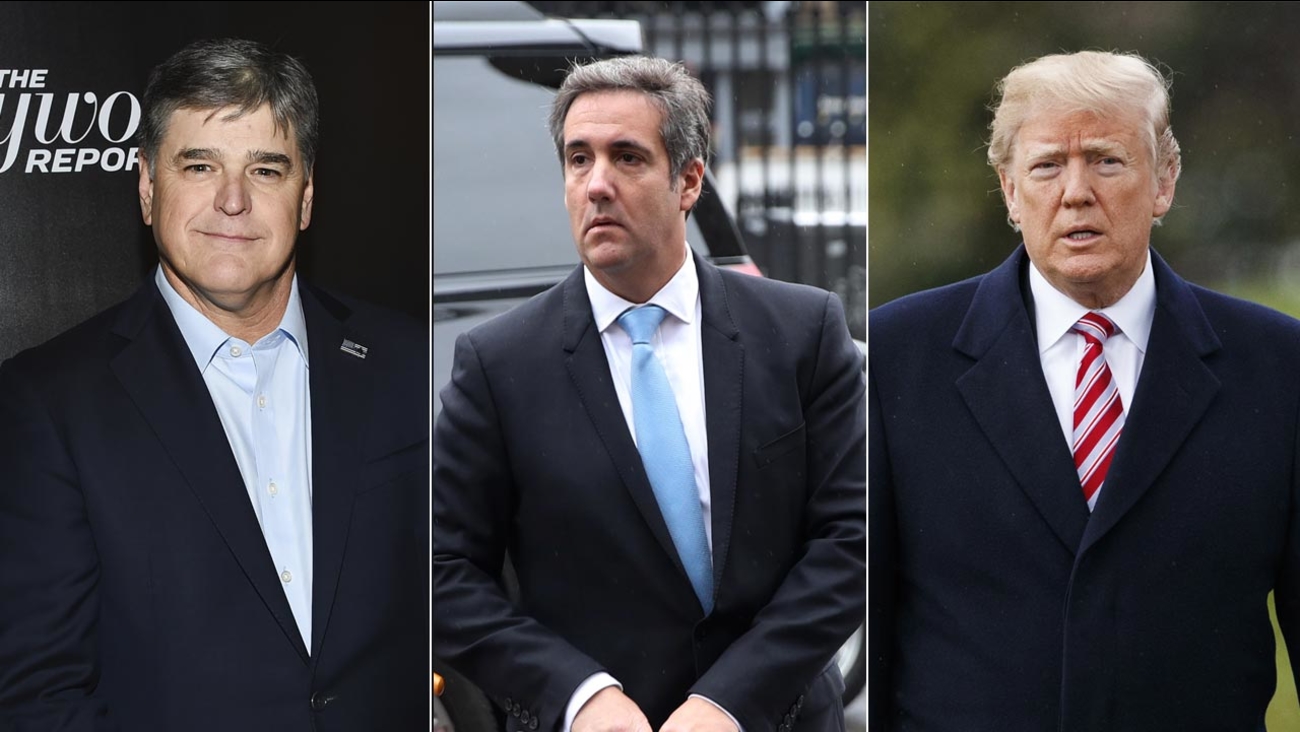 Cohen had told the court earlier he had at least 10 clients between 2017 and 2018, including the President, and the former GOP fundraiser Elliot Broidy who acknowledged paying $1.6 million to a Playboy model with whom he had an affair.

Judge Kimba Wood ordered Cohen to attend and provide information about his clients as she weighs an emergency action by Cohen's attorneys to stop prosecutors from reviewing more than a dozen electronic devices and documents seized during a FBI raid of Cohen's office, home and hotel room last week.

Cohen's lawyers had publicly identified Trump and Broidy as clients, but only revealed Hannity's name after the judge ordered them to.

Cohen's lawyers have called the raid "completely unprecedented" and asked the judge to let their lawyers review the documents or put in place a special master to comb through the seized material and separate communications that should be protected by attorney client privilege.

"This is perhaps the most highly publicized search warrant in the history of recent American criminal jurisprudence. It is paramount that the review of Mr. Cohen's data and documents be handled in such a way as to eliminate, as much as possible, even the 'appearance of unfairness,'" the letter said.

Late Sunday, lawyers for Trump asked for copies of the seized material to be turned over so the President could review them for confidential information.

Prosecutors with the US attorney's office in Manhattan said they have a "filter team" of lawyers separate from those involved in the investigation in place to review the documents for any communications between Cohen and his clients.

Prosecutor Thomas McKay told the judge during a sidebar session on Friday, "This is a fast-moving investigation. We are devoting a large amount of resources to the whole case but, in particular, to our filter team to get this review done very quickly."

Cohen acknowledged that seven of the 10 clients he had in 2017 to 2018 involved business consulting over legal advice. He also listed in broad terms his legal work in the dozen years before he began working for the Trump Organization in 2007.

Last week, prosecutors said in a court filing that they have been investigating Cohen for months "for criminal conduct that largely centers on his personal business dealings."

They also said that Cohen appeared to have few clients other than the President and they had not uncovered any emails between the two suggesting the potential risk of violating attorney client privilege was slim.

The search warrant authorizing the raid indicated prosecutors were looking into potential violations of bank fraud, wire fraud, and campaign finance violations, sources told CNN. The warrant also sought information that included payments allegedly made to keep women silent about affairs with Trump more than a decade ago.

It also emerged Cohen facilitated a $1.6 million payment to a former Playboy model who said she became pregnant from a relationship with Broidy, who was the deputy chair of the Republican National Committee until he resigned Friday when the payment became public.

Broidy admitted to the relationship in a statement but did not address whether he impregnated the woman. He said Cohen reached out to him after being contacted by Keith Davidson, an attorney representing the woman, and said he retained Trump's lawyer "after he informed me about his prior relationship with Mr. Davidson."

Davidson also represented former adult film actress Stormy Daniels and Karen McDougal, a former playmate. Both women claimed to have affairs with Trump, who has denied the allegations.