KTRK
HOUSTON, Texas -- As the search for 4-year-old missing girl Maleah Davis was suspended Wednesday, authorities released updated images of the family vehicle that was claimed to be stolen from her stepfather.

Houston police tweeted the images Wednesday afternoon. They said the vehicle has Texas paper tags with "330-92G9" inscribed on them.

The photos, which were taken before Maleah's disappearance, were provided to police by the family. 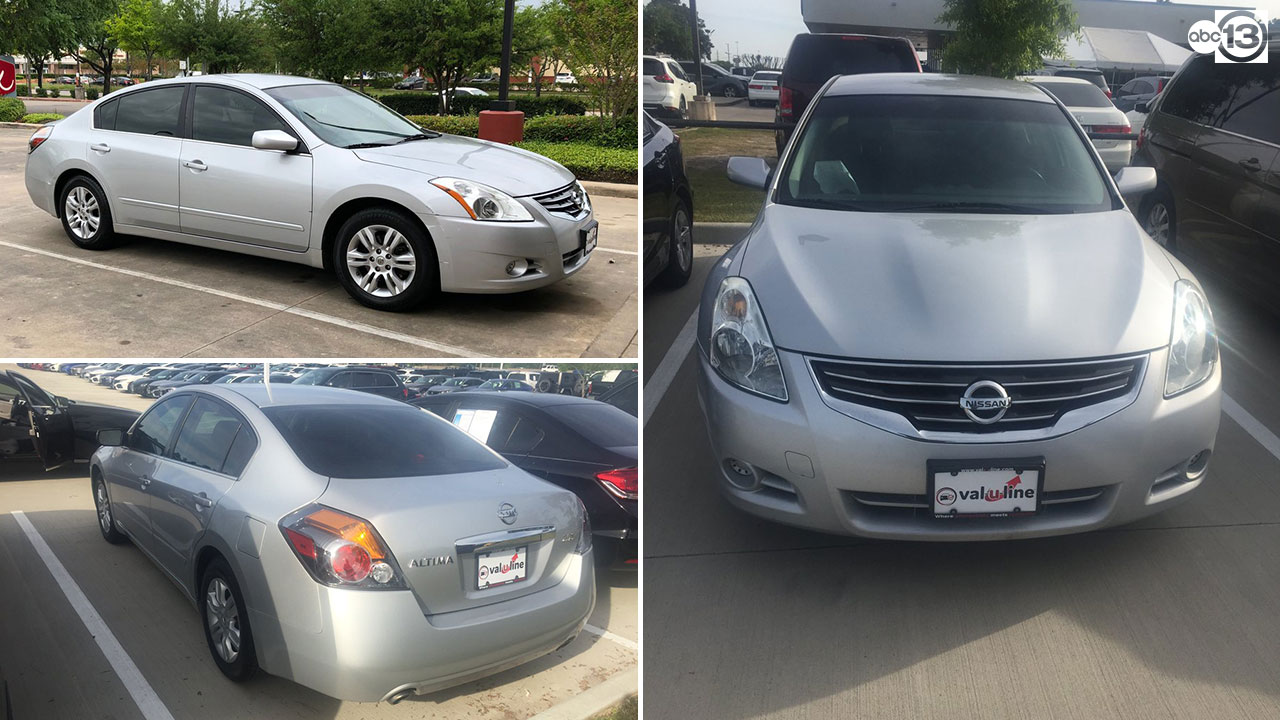 HOUSTON POLICE: Updated images of the Nissan Altima that was reported stolen as part of 4-year-old Maleah Davis' disappearance.

Earlier in the day, Texas EquuSearch suspended its search for the little girl. Crews were initially looking for Maleah in northeast Houston, but shifted the search to the southwest side near the family's apartment at Bissonnet and Kirkwood.

Texas EquuSearch posted on Facebook that the area it had planned to search was flooded during severe storms Tuesday.

"Some of the areas are now filled with deep rain water, and this would greatly limit our searchers and accessibility," the group said.

It plans to issue a call-out for volunteers as soon as it's able to do so.

Their search began on foot and by ATV in a field near Highway 59 and Greens Road.

Searchers on foot went through the thicker brush and dealt with snakes and mud. But they're determined to find Maleah alive.

"We want to start checking every single dumpster just in case," said Texas EquuSearch's Tim Miller. "We believe in miracles. Let's hope we get one."

"I'm choked up right now thinking about her," Miller told ABC13. "I've been on these cases before. If it doesn't touch your heart, and you don't get emotional, you're just not human."

Mom says she's terrified for daughter, who is missing

Time is of the essence in the search. Maleah has had several brain surgeries and requires medications and constant care.

Monday night, ABC13 learned the child was recently returned to her home after CPS removed her last August.

According to CPS officials, the girl and her two siblings - 5-year-old and 1-year-old boys - were removed as the agency investigated allegations of physical abuse related to her head injury.

The three siblings were brought back in February.

In an exclusive interview with ABC13 Eyewitness News, Brittany Bowens, Davis' mother, said it was determined a fall was the cause of the girl's injuries.

The current search for Maleah stretches back to what allegedly happened Friday night. The girl's stepfather, Darion Vence, said he pulled over, with Maleah and his 1-year-old son, to check his tires because he heard a popping noise near Greens Road and Highway 59.

The family was on the way to pick up Bowens from Bush Intercontinental Airport. Bowens said she had just returned to Houston after attending her father's funeral.

As Vence was checking his vehicle, he claims three Hispanic men in a 2010 blue Chevrolet crew cab pickup truck pulled up.

Police said that's when Vence was hit on the head by one of the men and lost consciousness.

The next thing he knew, Vence said he woke up on the side of Highway 6 near First Colony Mall around 6 p.m. Saturday. His son was with him, but Maleah was not.

Police said Vence went to Houston Methodist Hospital in Sugar Land around 11 p.m. to seek treatment for his injuries with his son.

Maleah's stepfather said she was last seen in the 16500 block of the Southwest Freeway.

Meanwhile, Bowens tells ABC13 they called police Saturday morning to file a report because they were concerned after not hearing from Vence.

HAVE YOU SEEN HER? 4-year-old girl last seen in Sugar Land.

Maleah was wearing a pink bow in her hair, a light blue zip jacket, blue jeans and gray, white and pink sneakers.

She is described as an African-American female with black hair and brown eyes. She stands 3 feet tall and weighing 30 to 40 pounds.

Missing girl's mom says she is terrified for her.

Bowens told ABC13 on Monday that she's terrified for her daughter.

"My spirit is so broken, I feel so lost. I can't concentrate, I can't focus. It's so overwhelming for me. It doesn't seem real," Bowens said tearfully.

Family members were out in the Sugar Land area handing out fliers on Monday, with people who didn't even know Maleah joining in to help.

"Anything helps. Share a post, share a flier, anything. It is greatly appreciated and I mean that from my heart, I mean that with every bit of me," Bowens said.

"There's not one thing in my soul that says that he would do that," she told ABC13.

Vence's 2011 Nissan Altima also has not been found and is considered stolen. It has Texas tags 330-92G9. Texas EquuSearch says it has received a handful of tips about the vehicle and plans to follow up on those tips Tuesday.

The Amber Alert for Maleah was issued Sunday morning.

Once an Amber Alert is issued, it is typically resolved in 24 hours, but not always, says Beth Alberts, CEO of Texas Center for the Missing and Director of Houston Regional Amber Alert System.

Alberts told ABC13 that statistically, the longer a child is missing, the more likely harm has come to them. The statistics are based on the circumstances.

At the same time, she points out that there are cases like Elizabeth Smart, Shawn Hornbeck, and Jaycee Dugard, who all eventually returned after an extended period of time.

"So you never for a minute assume that something horrible has happened. You always assume that you are going to find a live child," Alberts said.

"We have a 95 percent alive success rate, so you never lose hope," Alberts continued.

Investigators have spoken with Maleah's biological father, and he is cooperating with police.

The search continues into night 2 for 4-year-old Maleah Davis.