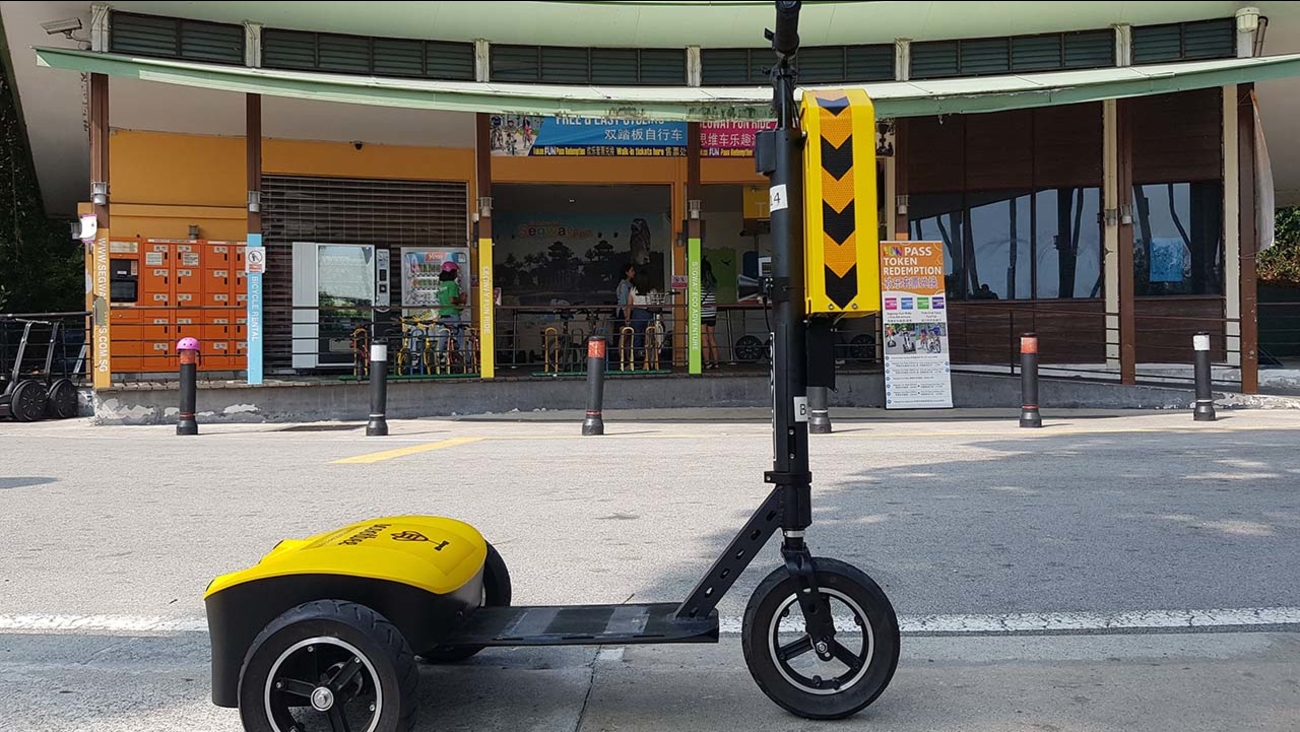 Google has met few daring ideas it doesn't like. But three years ago, the idea of a self-driving bicycle was just too much. It mocked the concept of an autonomous bicycle in an April Fools' Day video. Why would anyone need a bike that rode itself?

Since then the electric bike and scooter-sharing craze has stormed into cities. Companies have burned through cash as fast as they've raised it, largely due to the high costs needed to pay a staff to corral badly parked scooters and re-charge them.

But now the joke might actually be on Google, reported CNN.

Startups, investors and even companies as big as Uber are exploring self-driving bikes and scooters as a way to lower operations costs and soothe strained relations with cities.

Experts say autonomous scooters could one day independently move themselves to a better parking spot or a neighborhood where there's more demand. These unoccupied vehicles, increasingly known as "ghost scooters," might even drive themselves to pick up a rider, similar to an Uber or Lyft car. In some cases, humans in a teleoperations center would guide the scooters across streets and down sidewalks.

"We're going to be laughing next year when there's going to be a lot more semi-autonomous scooters and bikes than Waymos on the roads," said Dmitry Shevelenko, co-founder of Tortoise, which builds autonomy into scooters.

Tortoise is among the companies automating scooters. It is finalizing a deal with an Atlanta suburb to test its autonomous technology and has struck partnerships with several global scooter operators.

The effort comes at a time when self-driving car and truck companies are delaying deployments as they work to prove their complex technology is safe. Scooters and bikes are lighter and slower than cars and trucks, making them simpler and cheaper to automate and operate remotely.

Another company, called CtrlWorks, is already testing its own autonomous scooters. The Singapore-based business operates a small fleet in Malaysia.

And Ninebot, one of the largest scooter manufacturers, unveiled an autonomous scooter earlier this year. "The holy grail is that I reserve a scooter, it comes to me and then I ride it to a bus station," Tony Ho, Ninebot vice president of global business development, told CNN Business, of the general value of autonomous scooters. It plans to start a pilot on college campuses later this year.

Autonomous scooters and bikes are on Uber's watch list, too. The rideshare company has a small team looking at how cheap sensors and computers could solve bike and scooter challenges. It found through early experiments the added costs of automating a bike or scooter would likely pay off with operations savings, according to Alan Wells, who leads new mobility robotics.

But not everyone's convinced, including Sanjay Dastoor, CEO of Skip Scooters, which operates shared scooters in San Francisco and Washington, DC.

"If you want to build a very durable, long-lasting vehicle that doesn't waste a lot of spare parts, that can be in conflict with a vehicle that has a bunch of advanced sensors on it," Dastoor said.

Scooter companies are relying on cameras, radar and ultrasonic sensors to safely guide their vehicles. Tortoise estimates the cost of automating a scooter at about $100 more in initial parts.

No matter how the financial picture turns out, cultural challenges will continue to loom. Scooter riding on sidewalks is controversial due to safety issues. When Singapore-based CtrlWorks launched scooters in its hometown last year, concerned pedestrians thought the vehicles were runaway scooters and tried to stop them. In some cases, children hopped on the slowly moving scooters, according to CEO Sim Kai.

CtrlWorks, which operates under the brand ScootBee, first had its scooters move at a brisk walk - 3.1 mph - but has since slowed them to below 2 mph now. "The last thing we want is to scare people," Kai said.

Autonomous scooters are in their earliest days, but some people believe their growth is inevitable. Matt Brezina, a San Francisco angel investor who has funded scooter, bike and autonomous vehicle startups, expects autonomous bikes and scooters to be a normal part of urban life in 10 years. But in the short term, he anticipates a backlash, including vandalism and theft.

"The next two years are going to be pretty rough. But it was not common 10 years ago to have a cell phone out at dinner and now everyone does," Brezina said of how things will change over time.

Although scooter companies are racing to deploy scooters worldwide, the push for autonomy is a bit slower to help minimize the issues. Gradual rollouts will give people and governments more time to adjust and build a comfort level with the new technology.

"If a bigger company inundated a city and changed their fleet overnight, it would probably do more harm than good," said Matt Turzo, chief operating officer of the European scooter operator Wind, which is working with Tortoise to test autonomy technology.

The two largest US scooter companies, Lime and Bird, which are known for how fast they move, both declined to comment on if they're developing autonomous scooters.

No matter who is making autonomous scooters or how quickly they arrive, unknown challenges will arise too. "When it comes to cutting edge technologies, we just don't know where the problems might lie," Ninebot's Ho said. "What if the scooter somehow wandered on its own and went rogue?"