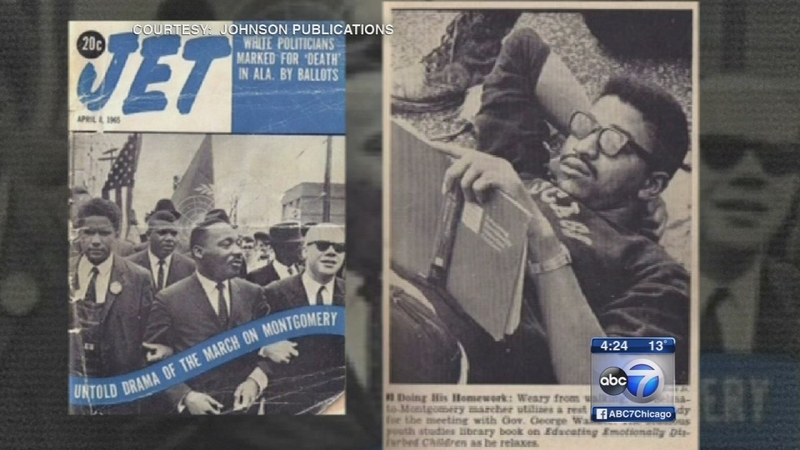 CHICAGO (WLS) -- In honor of Black History Month, ABC7 is showcasing the achievements of African Americans.

"Bloody Sunday" was that violent day in Selma, Ala., when the whole world watched as marchers were attacked after crossing the Edmund Pettus Bridge. The brutality shocked most people, but did not deter Paul J. Adams III.

"Dr. King. I had met Dr. King when I was 14. And when the message came out after 'Bloody Sunday' to come to Selma, I was on my way," Adams said. "That was a personal decision that I made and I was going regardless of whatever everyone else said. My mother literally begged me not to go. She said, 'Someone else should go.' I said, 'I am that someone else.' And I went!"

It was this enduring image of Adams from Jet magazine that brought him national recognition - a college student studying amid the chaos. But Adams' most vivid memory is of actually crossing the bridge itself after the melee just a week earlier.

"I couldn't see what was happening on the other end. I thought that might be my last day on this earth. I found out later there was a prayer meeting going on, but no one told me about it," Adams said. "All I know is that there was a river and I was not going to jump into that river!"

Adams is the executive chairman at Providence St. Mel School on the city's West Side. He's been there for 44 years now. Looking back, he says that march in Alabama changed the course of his life.

"That was the influence in my life to do what I'm doing now. I feel that I have stood on their shoulders. It's my responsibility for children to stand on my shoulders," he said.

Adams is preparing to join people from all over the country to recreate the march, which changed the civil rights movement in this country.