A 61-year-old UPS driver killed in a crash on the Tri-State Tollway near 47th Street in southwest suburban Hinsdale overnight was identified.

WESTERN SPRINGS, Ill. (WLS) -- A 61-year-old UPS driver killed in a crash on the Tri-State Tollway near 47th Street in southwest suburban Hinsdale overnight was identified. 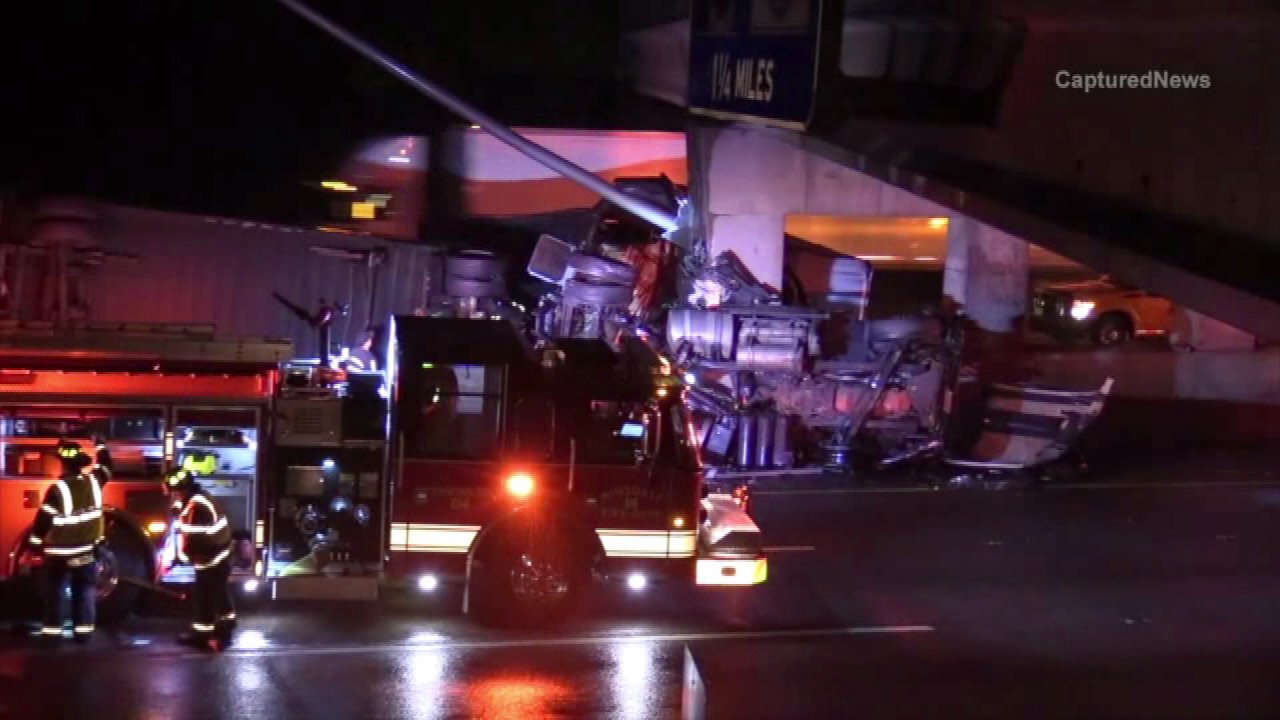 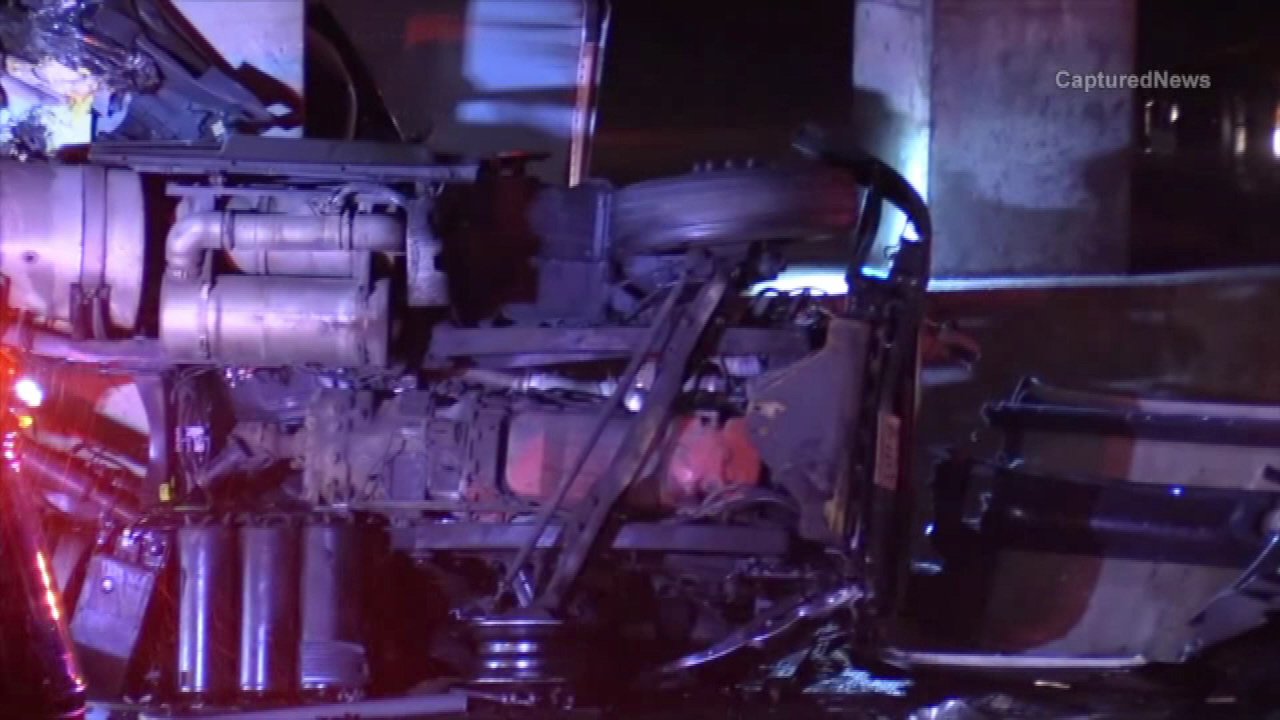 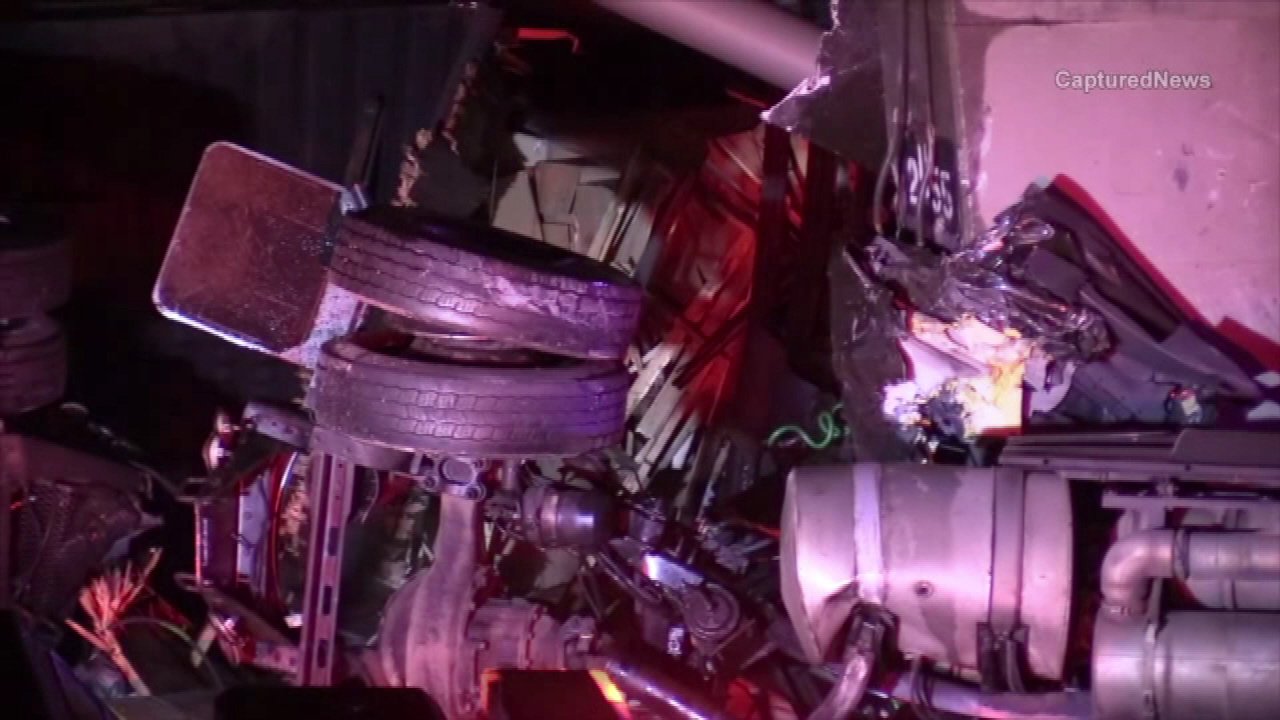 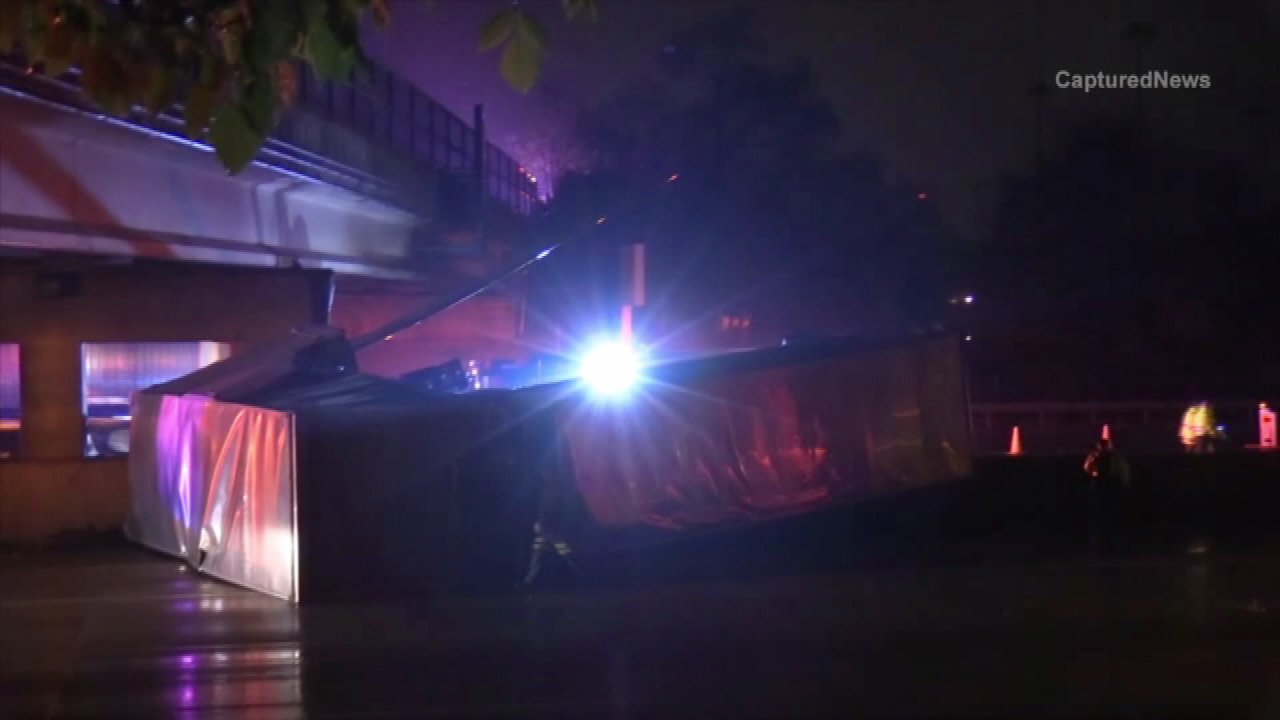 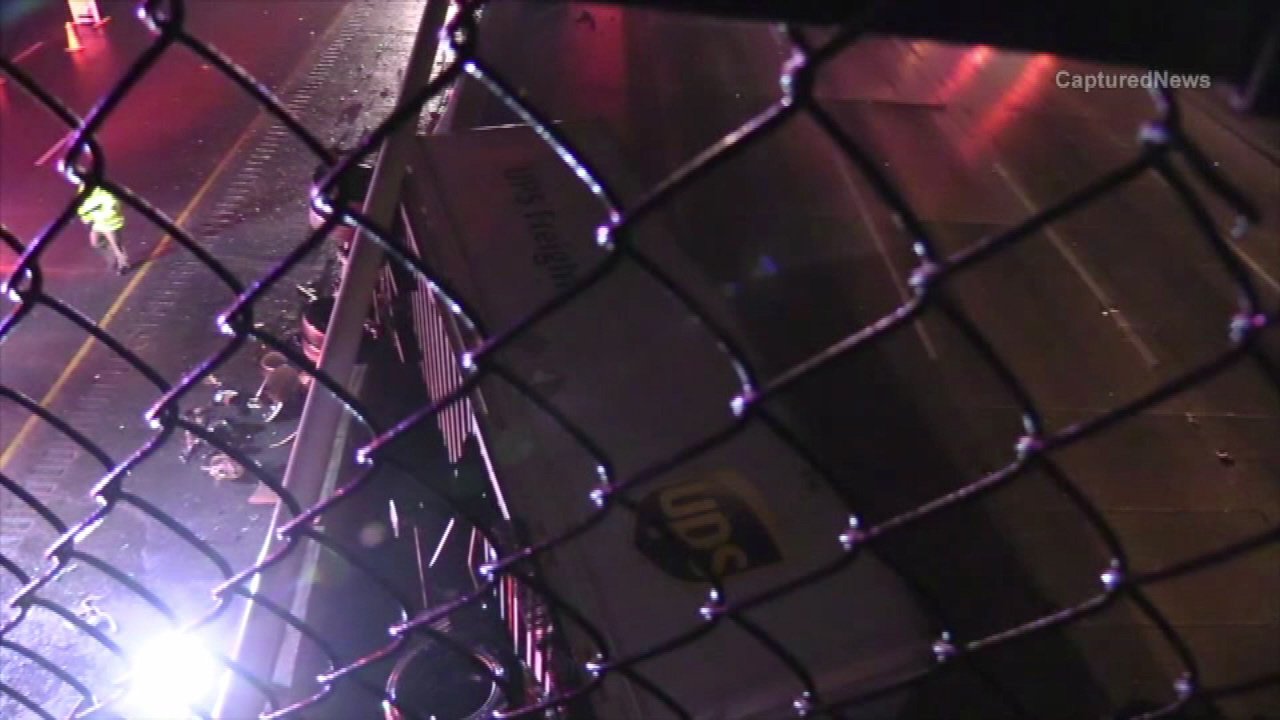 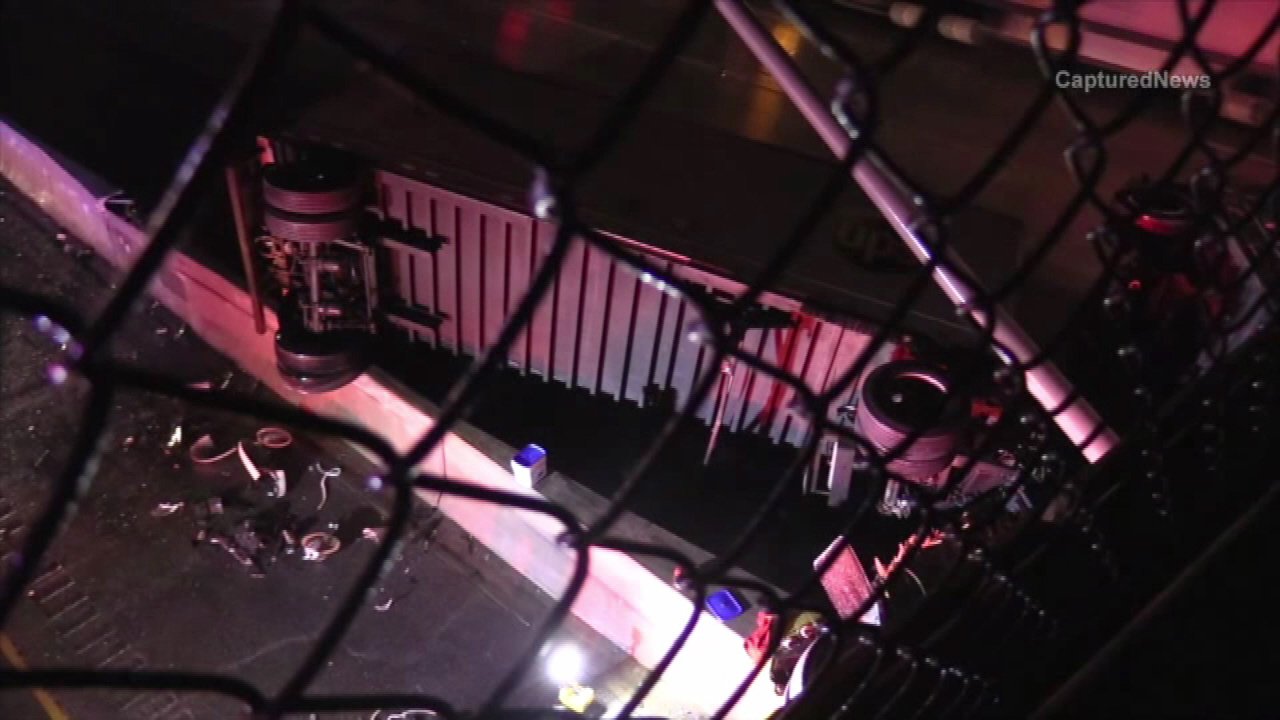 Illinois State Police said Glen D. Dantuma, of Hartford, Wisconsin, was heading south on I-294 around 2:30 Tuesday when he lost control of the semi and struck a median. One of the two trailers flipped onto the northbound lanes. Packages spilled onto the road.

Dantuma was rushed in serious condition to LaGrange Memorial Hospital, where he was pronounced dead.

Investigators are looking into what caused Dantuma to lose control.

Heavy rain may have contributed to slick road conditions overnight. It also caused other problems across the Chicago area.

The canopy of the Shell gas station near West 26th Street and South Kedzie Avenue in the city's Little Village neighborhood collapsed around 2 a.m. Tuesday, according to the clerk who was working at the time. It took a light pole and a telephone pole down with it.

The clerk said no one was pumping gas or under the canopy when it fell. No one was hurt. She said she called 911 because it landed on two pumps, but no leak was found.

People walking to work in the Loop fought with the ferocious wind. Umbrellas were no match for Mother Nature.

"I don't do umbrellas. It's a waste in this wind. They blow all over the place," said Rebra Stevens, a commuter.

The Chicago area will see a break from the rain Tuesday afternoon, but it's likely to return.

But then the rain is likely to return.