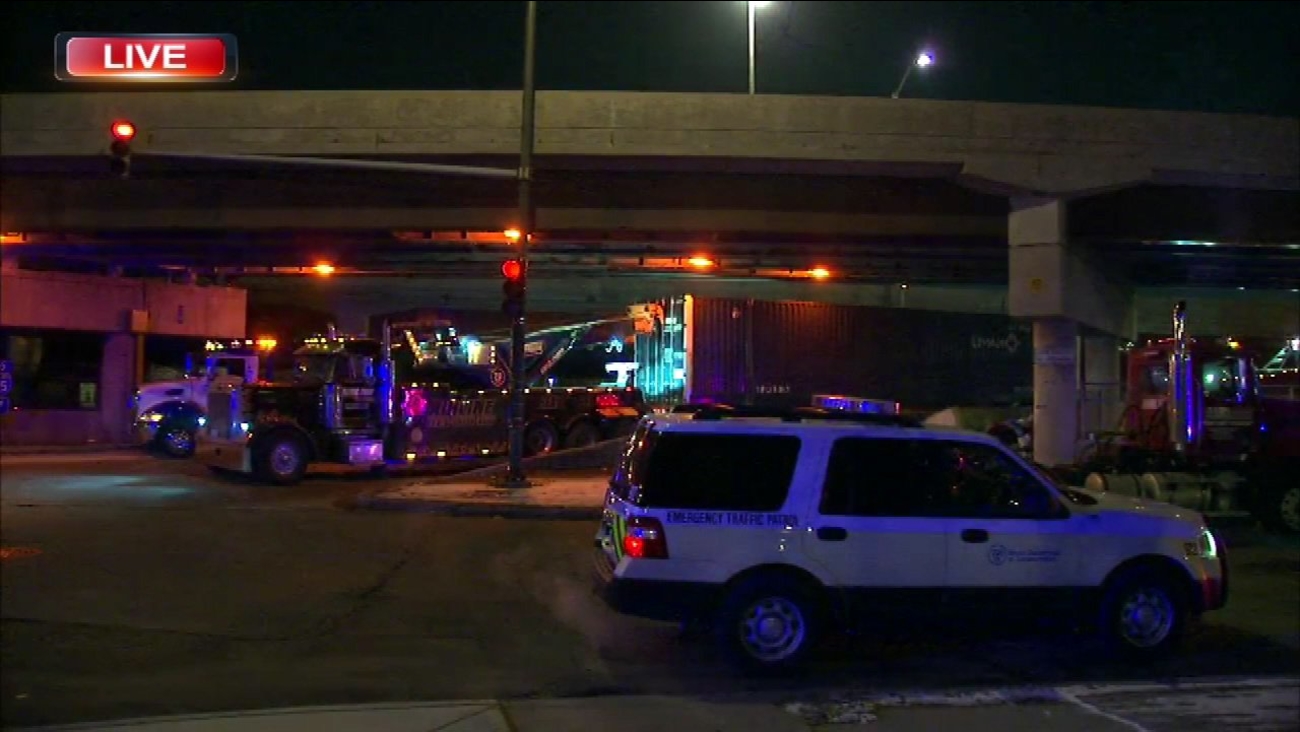 CHICAGO -- No one was injured when a semitrailer rolled over early Thursday as it was turning onto the Dan Ryan Expressway in the South Side Pilsen neighborhood.

IDOT said the semi was carrying a load of 50,000 pounds of metal. The ramp won't reopened shortly after 6:30 a.m. Thursday morning.

About 2 a.m., the semi was traveling east on Canalport Avenue when it began turning onto the eastbound Interstate 90/94 ramp and rolled over, according to Illinois State Police. Speed may have been a factor in the crash.

As of 4:20 a.m., a tow truck driver was still working to remove the overturned semi from the roadway, state police said.