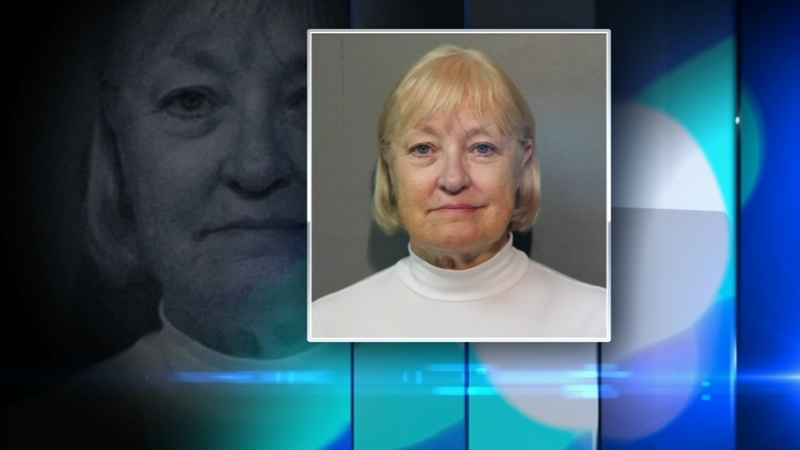 CHICAGO (WLS) -- Dressed in a black hoodie, appearing to hold back a smile as she was brought into the courtroom, "serial stowaway" Marilyn Hartman once again stood before a Cook County judge, Sunday. This time, she faces a class four felony charge of criminal trespass to a restricted area/airport.

Cook County Judge Arthurs Willis did set bail for this case, but ordered Hartman held without bail because of a related violation of probation hearing she'll face later this week.

Friday night, according to prosecutors, Hartman "passed under partitions at checkpoint 2 into a restricted area" at O'Hare Airport. Then, the 67-year-old Chicago woman allegedly snuck past a security checkpoint before a TSA agent caught her. Hartman was asked for ID and "proof of travel," according to prosecutors; she allegedly said she "does not need it" before walking away.

According to the Chicago Police Department arrest report, responding CPD officers approached Hartman. She "confirmed her identity verbally and produced an Illinois identification card," according to the report; she was then arrested and charged on Saturday.

Judge Willis set bail at a $5,000 I-Bond with electronic monitoring on this latest matter.

However, the Cook County State's Attorney's office filed a petition saying Hartman's latest alleged crime violated her probation. In March, she was convicted of criminal trespass in a restricted area airport. While she awaits that hearing before a different judge, Judge Willis said Hartman will be held without bail.

During the bond hearing, the prosecutor listed numerous incidents involving Hartman over the years, even citing 155 days spent in jail at one time. The assistant state's attorney told ABC 7 Hartman has had four or five previous cases in Cook County alone.

The State's Attorney's office asked for a special condition of bond: that Hartman have no contact with O'Hare or Midway airports; Judge Willis granted that request.

Regarding his bond ruling for this new case, Judge Willis said "I wish you receive whatever treatment you may need... there's a reason you have a history of this."

"This" referred to trespassing at airports, something Hartman has become infamous for in recent years. She made national headlines for sneaking onto an airplane at O'Hare and flying to London, England, before being caught.

In court Sunday, the public defender representing Hartman said she's retired and is currently homeless. He asked Judge Willis to sign a healthcare order. Willis did so, telling Hartman "I do believe that you need some sort of treatment. Good luck," before she was escorted from the courtroom.