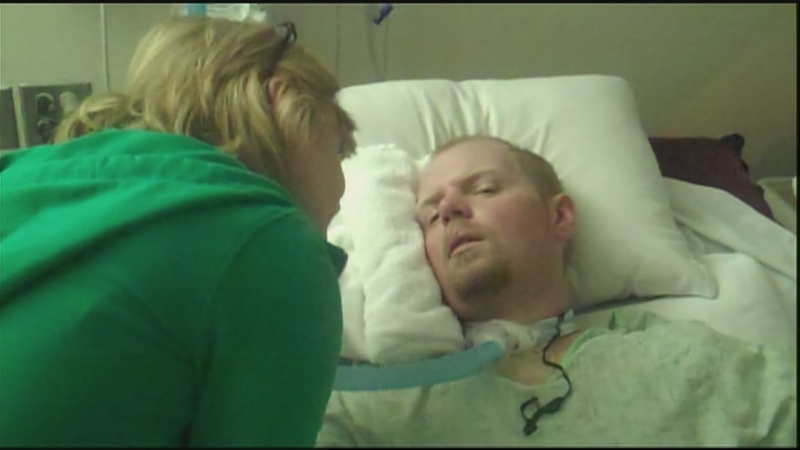 CHICAGO (WLS) -- Federal jurors on Thursday awarded a record $44.7 million to a Chicago man after he was shot in the head by his friend, a city police officer, after a drunken night out.

As the I-Team first reported in 2010, Michael LaPorta was shot in the head with a bullet from CPD officer Patrick Kelly's service weapon. The two men had been boyhood friends, and the shooting happened in Kelly's Morgan Park home on Jan. 12, 2010. The city is responsible for making the massive payment and covering LaPorta's legal fees which will also be in the millions.

Kelly, 36, who's police career has been marred by numerous complaints, domestic violence accusations, alcohol addiction and questions of mental fitness, took the Fifth during the civil trial.

Following the 2010 shooting, Kelly claimed that LaPorta had tried to commit suicide during the late night post-tavern party in his basement.

During the trial, LaPorta, 37, testified from his wheelchair that he did not shoot himself, insisting Kelly pulled the trigger of his own police pistol and shot him in the head. Laporta is unable to walk or read.

One issue at trial was whether CPD officials failed to properly supervise Kelly, considering his history of violence.

Jurors were asked to consider whether there was a "code of silence" within the Chicago Police Department that protects officers such as Kelly. They did not reach a unanimous verdict on the legendary, so-called "blue curtain."

The I-Team report in 2010 cited Kelly's phone call to police in which he told a dispatcher, "I have a friend that committed suicide...He's dead right now." Then on the 911 call he abruptly blurted out the words, "he's still breathing!"

Kelly was "extremely upset" and "agitated" when paramedics arrived and he was arrested.