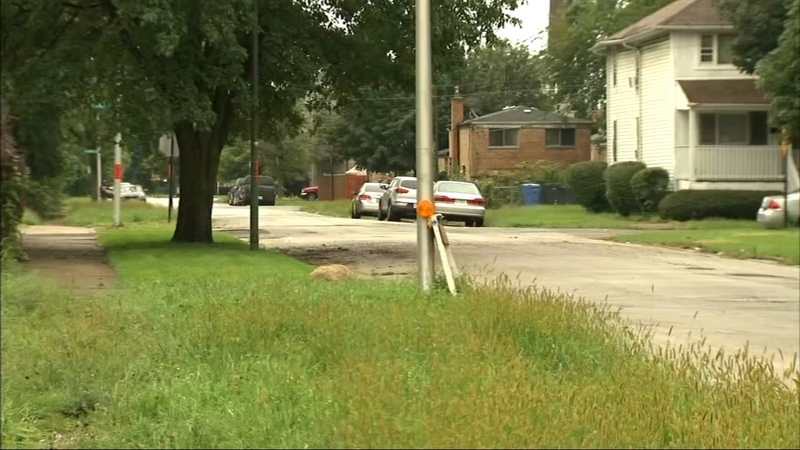 CHICAGO (WLS) -- A 13-year-old girl was forced into a van and sexually assaulted Tuesday afternoon on Chicago's Far South Side, according to police.

The victim's mother said she believes this happened because her daughter's school denied her a bus pass.

In order to protect the family's identity, we did not show their faces.

"Her innocence was tooken (sic) from her. She didn't do nothing wrong," said the victim's mother.

Chicago police say a 13-year-old girl was sexually assaulted on West 109th Place near South Loomis Street on Tuesday just before 4 p.m., a few blocks away from her school, Foundations College Prep.

The victim's mother said that day her daughter missed her school bus.

"She went back into the office and asked the same lady could she get at least one [CTA] bus card to make it home since the bus had left her the lady said she can't do that," the victim's mother said.

The family is part of a program that receives free CTA passes, but the victim's mother said her daughter was denied a pass, so she drove to pick her up.

She was only 15 minutes away.

"I got there as quick as I could and in that time it already happened to her," she said.

Police say the attacker approached the victim from behind, put the girl in a chokehold and forced her into a white van where she was sexually assaulted.

"The man pushed her into the van and that's when he tried to take her pants down, so she's hollering and screaming," she said.

This mother now wants answers from Foundations College Prep, claiming this could have been prevented with one CTA bus pass.

"It should be more safety for your kids in school. Yes, she missed her bus but she still should have been safe," she said.

In a statement, a spokesperson for the school said:
"Foundations is committed to fostering a safe learning environment for all of our students and we are actively working with the Chicago Police Department. Our thoughts are with the student and their family during this difficult time.
- CPD is actively investigating this case and we are fully cooperating with their investigation.
- While we cannot provide information on a specific student's transportation plan due to student privacy laws, we are evaluating the incident to ensure every possible safety protocol is in place to protect our students.
- For clarity, the incident did not take place on school property."

Neighbors said many children walk home from school along Bishop Street every afternoon around the same time.

A 13-year-old girl was sexually assaulted Tuesday afternoon on Chicago's Far South Side, according to a community alert from police.

"A lot of kids walk home and it be a bunch of them. So I don't know, that's scary," said Stacey Howell, who lives nearby.

The vehicle was described as a white van with two cargo doors. The victim did not see any writing or distinguishing marks on the vehicle, police said.