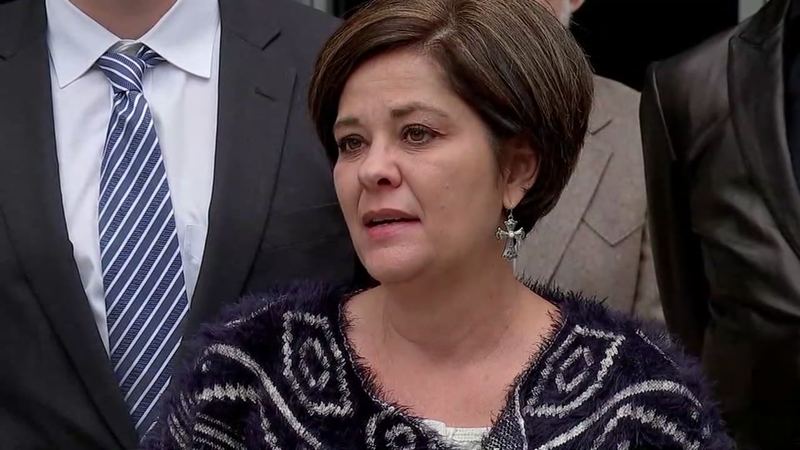 MIDWAY, Texas -- At the doors to the federal courthouse, teacher Nicole Truelove told her story of sexual assault. She says she was assaulted Nov. 13 by a state prison inmate at the Ferguson Unit. She says he hid behind a door, and assaulted her after class.

"He threatened myself and my children. When it was over, I dropped to the floor," said Truelove.

She says she is telling her story to the public because the TDCJ Office of Inspector General has yet to file charges and she believes the work environment remains unsafe for her fellow educators.

We reached out to the Texas Department of Criminal Justice which released a statement saying this is an ongoing criminal case, and the TDCJ is also conducting an internal review.

TDCJ released a statement in reference to the correctional officers.

"An initial review determined that the staffing plan was followed and three officers were assigned to the education building on the day of the incident."

Truelove's attorneys say they will file a lawsuit and seek, not only damages, but improved safety procedures.

Truelove has this message for the man she says attacked her inside the prison walls.