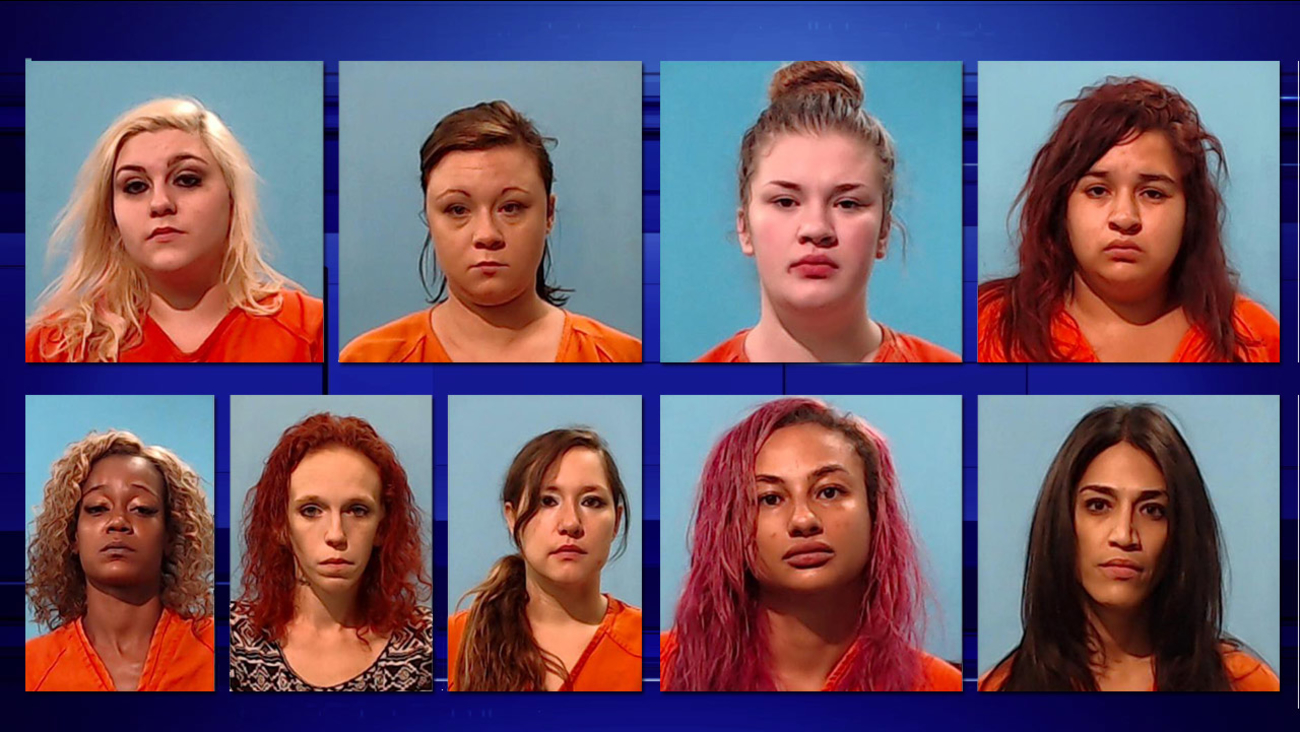 HOUSTON -- Nine people were arrested in two undercover sex stings across the Houston area this week - and authorities say tips led them to the alleged prostitution.

Five people were arrested and charged with prostitution after a sting in Freeport, Clute, Richwood and Lake Jackson on Tuesday evening around 8pm. Four others were arrested Wednesday evening in Pearland around 8pm in phase II of the investigation, dubbed "Operation Red November."

All are held on $1,500 bond. Corona received a no bond for the DWI charge. Deshotel has been arrested several times. This is the second time this year she was arrested on prostitution charges.