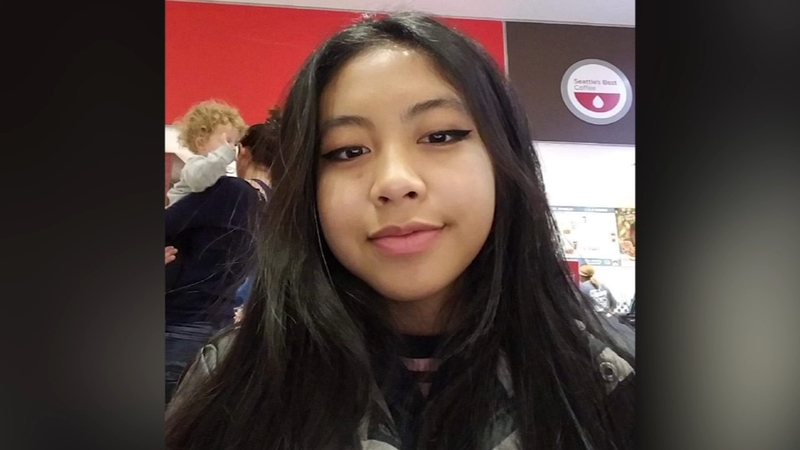 CHICAGO (WLS) -- The family of an 18-year-old missing UIC student asked Wednesday for the public's help in finding her.

Shalyha Ahmad, a freshman studying liberal arts, was last seen by a friend at about 10 a.m. or 11 a.m. Dec. 14 at the University of Illinois-Chicago campus, her family said during a press conference.

Her family, who lives in Chicago, had dropped her off at CTA Jefferson Blue Line station earlier in the day and had planned to pick her up at the UIC Student Center East at 6:30 p.m. that evening. She never showed up.

"I'm just trying to appeal to all the people to help us finding our daughter," her mother Shetti Fatima Ahmad told reporters. "Any information would really help us. We are really worried about her at this point. Call us or call 911 or call the TV stations, if you any information."

The mother of Shalyha Ahmad, a freshman at UIC, asked the public's help in locating her. The family has not seen her since Dec. 14.

Shalyha Ahmad's cellphone is not working and she has not tried to reach her family using Facebook Messenger as she has in the past, her mother said.

Her brother, who turned 11 years old this month, joined his mother and father for the press conference.

The media event ended with a tearful and emotional message from mother to daughter in Tausug, a language spoken in the Filipino village where the family is from.

Her mother said that she received an anonymous tip that her daughter may be with friends from the Filipino community at UIC.

"You can come home when you're ready, just try to call us and ... tell us that you're safe," her mother said.

The family is asking the university and CTA to release surveillance video that may help them figure out where she went or who she was with.

Anyone with information about Shalyha Ahmad is asked to call Chicago police at 312-744-8266. 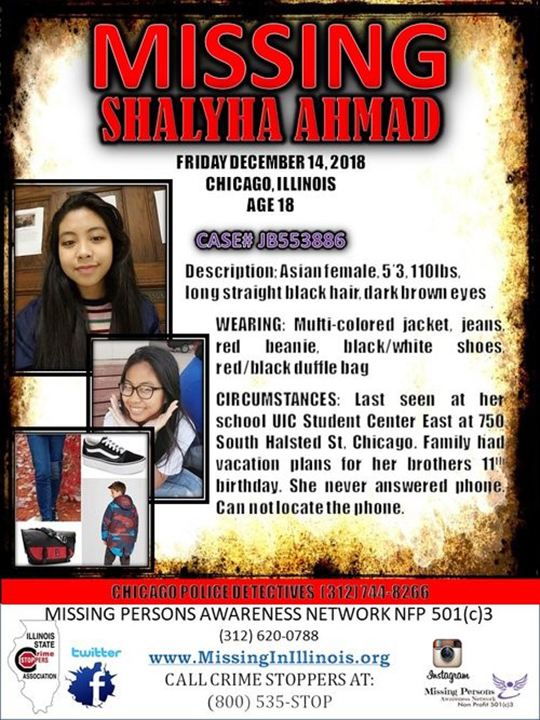