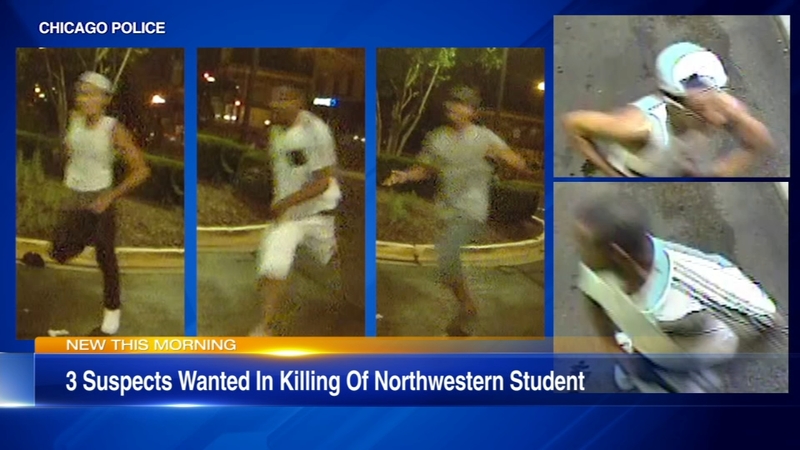 CHICAGO (WLS) -- Chicago police have released surveillance photos of three suspects wanted in connection with the killing of a Northwestern University doctoral student.

The three suspects were caught running away from the scene Sunday night. Shane Colombo, 25, was caught in the cross-fire of a shooting near Clark and Howard streets in Rogers Park, police said.

Shane's mother says her son was a cancer survivor who was set to start a clinical PhD program at Northwestern on a full ride scholarship.

"Shane worked hard to accomplish his many goals," said Tonya Colombo, Shane's mother. "He wanted to make a difference with his research and knowledge and I knew he would,"