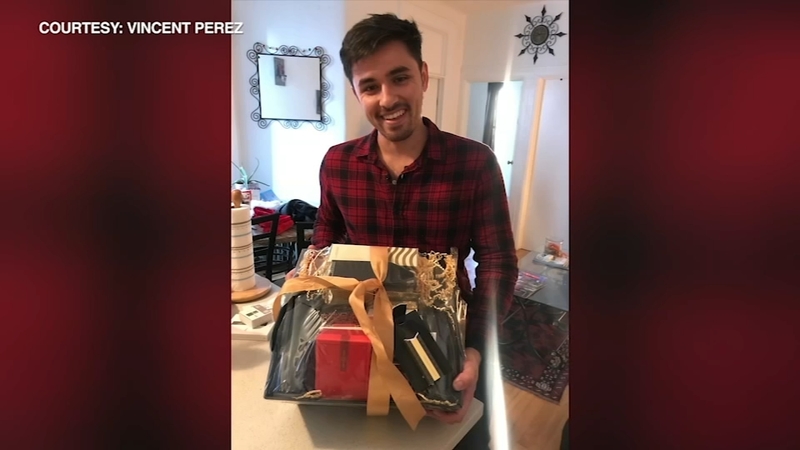 CHICAGO (WLS) -- Roger Park residents and others gathered Saturday night to remember a Northwestern University student who was fatally shot almost a week ago.

Shane Colombo, 25, was walking along Clark Street near Howard on his way to the L station in Chicago's Rogers Park neighborhood Sunday night when he was caught in the crossfire between two people, Chicago police said. He later died at Saint Francis Hospital in Evanston.

Police released surveillance video of the suspects, but there is still no one in custody for the murder.

"It happened so close to a school. To a grocery store. It could happen to any of us. I mean, a loss of life is a loss of life. It needs to stop," said resident Bruno Mondello. "If we see something, say something. You need to care. We need to look out for each other. Neighbors need to care about neighbors again. It's just basic fundamentals, that's all."

The group also included the local CAPS representative and Ald. Joe Moore (49th Ward), who addressed what some here say is an increase in the amount of criminal activity in and around Rogers Park.

"We're a great neighborhood. We're a safe neighborhood. But we're not a neighborhood that's immune from violence. And the way that we prevent further acts of violence is to come together as a community as we're doing tonight," Moore said.

While Colombo's family has returned to California to bury him they are offering a $2,000 reward for anyone with information that leads to an arrest.